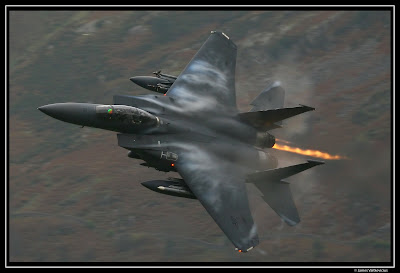 Photographs with kind permission of James Vaitkevicius. Click on the image for a larger view. Visit James' flickr pages here 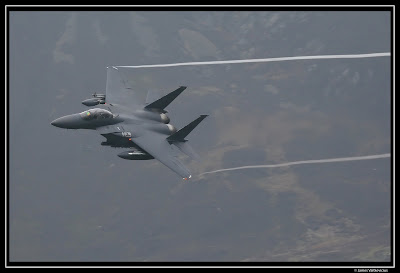 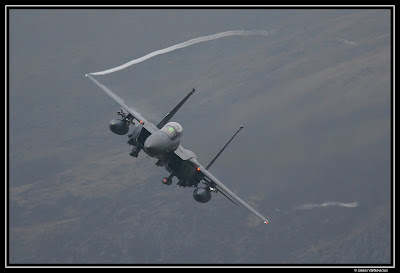 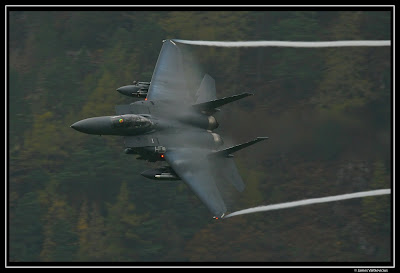 Photographs with kind permission of James Vaitkevicius
at February 25, 2010

..at over 80 feet long (26 metres) the 'Fiddler' had a range of 3,000 miles and a top speed of 1,150 mph and was one of the biggest 'fighters' ever to see service. Armament was four Ash missiles which came with both infra red and radar homing seekers.. one click to view (and I'd advise turning the volume down on this one !) 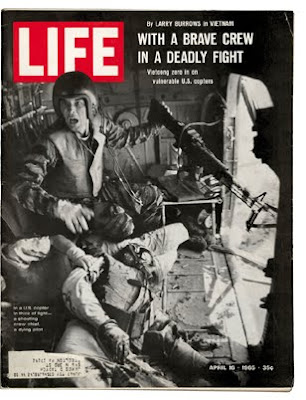 In 1965 British photographer Larry Burrows joined an American army helicopter flight over Vietnam. His 16 April Life magazine cover story was a prime example of both the horrors of war as a ‘rite of passage’ for young soldiers and a classical photo-essay, a genre that reached its peak in the mid-twentieth century with picture magazines such as Life. On 31 March 1965 he flew on one of seventeen UH-34D Sikorsky helios, Yankee Papa 13, shuttling South Vietnamese infantry to a landing zone outside Da Nang. The cover shot depicts Lance Cpl. James C. Farley at the helicopter's open door cabin one hand on the butt of his M-60 machine gun. At the DZ the Viet Cong have already brought the helicopters under heavy fire and one, Yankee Papa 3, has been disabled. Farley leapt down from his machine to assist the injured crew members from Yankee Papa 3 including co-pilot James Magel see here lying in the open doorway amid shell casings and debris. While Magel was safely evacuated his serious chest wound would prove fatal. 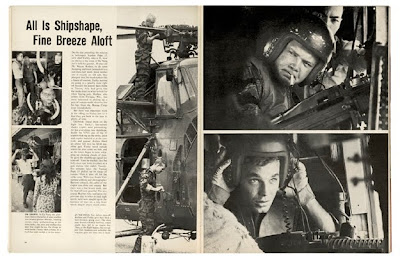 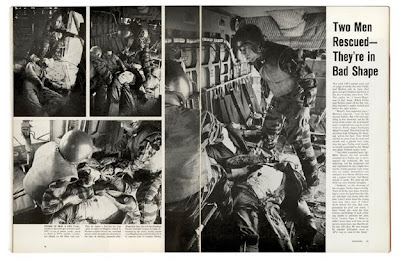 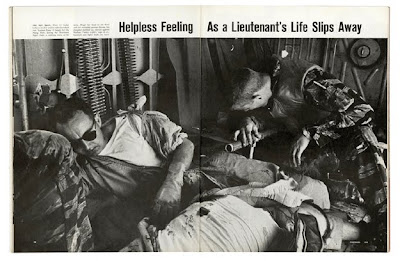 Over @ britmodeller.com Nick Greenhall has posted some great potted histories of Falklands SHARs. Rather than lose them forever in the depths of the forums I've saved a couple for reference purposes here -TIA guys!

First up is black XZ457/14 of HMS Hermes’s Air Group pictured above in 1982.
On 1 May 1981 XZ457 armed with three Delayed Action 1,000lb bombs was flown by Lt Andy McHarg, ‘Tartan 3’, for the raid on the airstrip at Goose Green which took place at the same time as the raid on Port Stanley; the return of the SHARs from both raids being immortalised by the BBC reporter, Brian Hanrahan with his famous: “… I counted them all out and I counted them all back.”

On 21 May, Lt Clive Morrell destroyed A-4Q Skyhawk 0660/3-A-307 of 3 Escuadrilla with an AIM-9L and damaged A-4Q Skyhawk 0665/3-A-312 of 3 Escuadrilla with cannon fire, this A-4Q being lost while attempting an emergency landing; both pilots, Capitan de Corbetta Philipi and Teniente de Navio Arca, ejected safely. On 24 May, Lt Cdr Andy Auld destroyed two Daggers C-419 and C-430 of Grupo 6 with two AIM-9Ls; both pilots, Mayor Puga and Capitan Diaz, ejected safely.
By 14 June, XZ457 had flown 66 operational sorties, dropped three 1,000lb bombs, fired six hundred and eighty 30mm cannon rounds and three AIM-9Ls.
On 21 July it returned to Portsmouth on HMS Hermes with the addition of two white Mirage stencils above a white Skyhawk stencil below the cockpit on the port side. Both gun pods were overall Dark Green replacements from a Harrier GR.3. The camera panel on the starboard side was a MSG painted replacement (from ZA194). On 22nd July XZ457/14 was flown back to RNAS Yeovilton. XZ457/14 was the top-scoring SHAR from HMS Hermes.

ZA191/R/004 History
First Flight 4th December 1981, pilot Heinz Frick. On 2nd April 1982, ZA191 arrived on Hermes as --/718 of 899 NAS, with no VL base code or 899 badges on its fin just the ROYAL NAVY titles. After EDSG over-painting it became black 18, of Hermes’ Air Group.
1st May, ZA191 armed with three 600lb Cluster Bomb Units (CBUs) it was flown by Lt Cdr Rod Frederiksen, ‘Tartan Leader’, during the raid on the airstrip at Goose Green. Lt Cdr Frederiksen may have been the pilot who destroyed Pucara A-527 of Grupo 3 with one CBU.
9th May, Flt Lt David Morgan strafed the Argentine intelligence trawler Narwal.
16th May, Lt Simon Hargreaves strafed the Argentine supply vessel Bahia Buen Suceso, the aircraft being damaged by AAA in the starboard tailplane. A repair patch was applied, firstly a pale disc but by 19th July a square blue patch.
23rd May, Flt Lt John Leeming, with Flt Lt David Morgan in ZA192/92, strafed Augusta A-109A AE-337 until it crashed.
24th May, Lt Cdr Mike Blissett with Lt Cdr Neill Thomas in XZ496/27 loft-bombed the airfield at Port Stanley with VT 1,000lb bombs in a defence-suppression raid ahead of a low level attack by four Harrier GR.3s.
25th May, Lt Clive Morrell with Lt Cdr Neill Thomas in XZ455/12 loft-bombed Port Stanley airfield ahead of a Harrier attack.
31st May, Lt Clive Morrell flew this aircraft armed with two 1,000lb Paveway Laser Guided Bombs with Harrier GR.3 XZ989/07 flown by Sqn Ldr Peter Harris being used as the target designator. XZ455/12 flown by Lt Andy McHarg and XZ460/26 flown by Lt Cdr Rod Frederiksen accompanied them, both aircraft equipped with 1,000lb bombs. The target on Mount Usbourne was too close to British positions so a target in Port Stanley was selected. The results of the attack are not known, but indications are that it was decided that a Forward Air Controller (FAC) with a designator needed to be in place before the few valuable LGBs available could be used to best effect. This is the only LGB attack undertaken by a SHAR.
By 14th June, ZA191 had flown 71 operational sorties, dropping two LGBs and firing six hundred 30mm cannon rounds, sharing in the destruction of two ships and one helicopter. On 19th July it was flown from Hermes to RNAS Yeovilton before the ship docked at Portsmouth.

One of the last photos ever taken of ZA191/R/004 shows her with the rest of 801 NAS outbound from RNAS Yeovilton to join HMS Ark Royal in the English Channel on 2nd October 1989. The nearest aircraft is another Falklands veteran ZA176. (Photo: Crown Copyright & article info credit Nick Greenhall)
at February 19, 2010 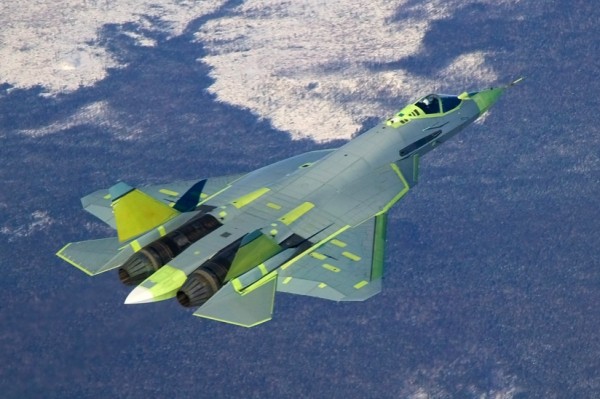 The current prototype is Sukhoi's T-50. The PAK FA when fully developed is intended to replace the MiG-29 Fulcrum and Su-27 Flanker in the Russian inventory and serve as the basis of the Sukhoi/HAL FGFA project being developed with India. A fifth generation jet fighter, it is designed to directly compete with the American F-22 Raptor and American/British F-35 Lightning II. The T-50 performed its first flight January 29, 2010. 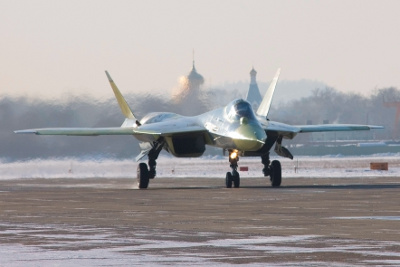 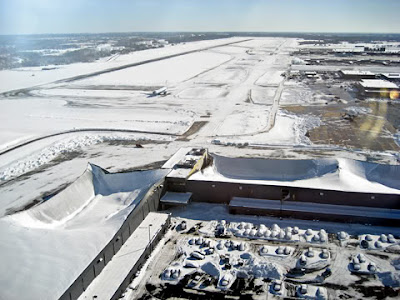 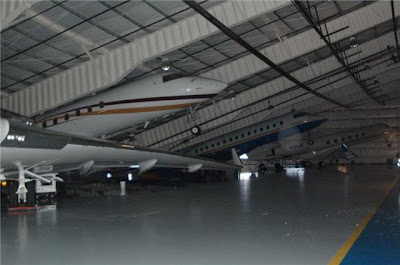 Jaguar on the road 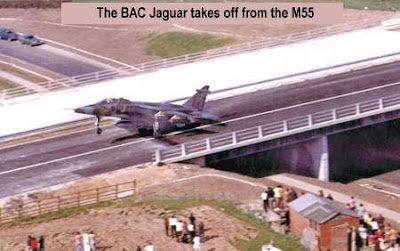 Shortly before the M55 motorway was due for completion, arrangements were made in conjunction with the Ministry of Defence, and the British Aircraft Corporation, for a Jaguar GR1 , from Warton (Lancashire) to land on the road base of a section of carriageway near Weeton on the afternoon of Saturday, 26 April 1975. After fitting four of the RAF's latest cluster bombs on the plane, it then took off from the motorway. The purpose was to demonstrate the Jaguar's ability to land and take off in short distances. The motorway was opened to traffic in July 1975.
at February 14, 2010 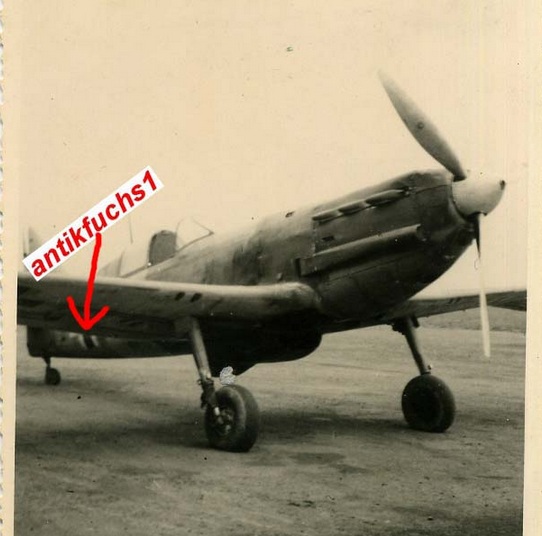 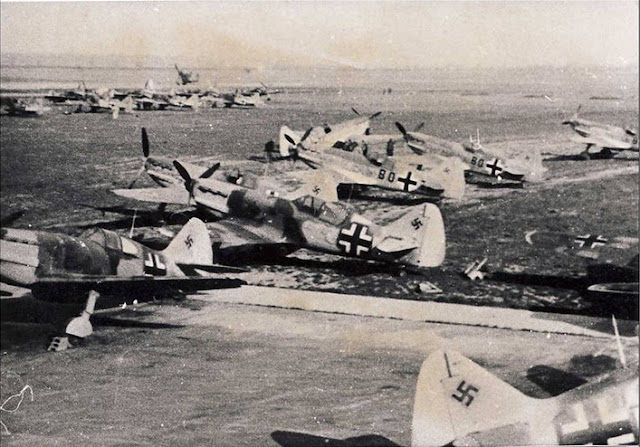 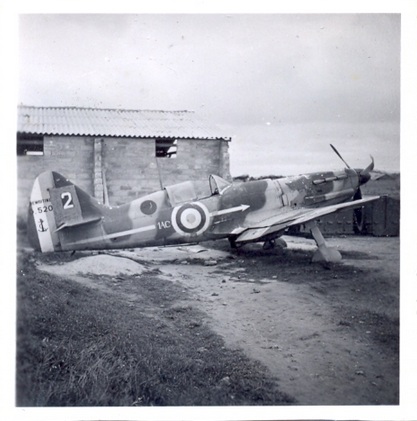 Following the defeat of France and the end of the Westfeldzug the French were allowed to resume/continue production of the D.520 with Mers-el-Kébir prompting the Germans to maintain a Vichy air force deployed to defend and protect French colonial interests in North Africa which were of no interest to the Germans. Production was used only to replace Vichy Armée de l'Air losses, with the remainder going to the occupation forces for fighter pilot training. 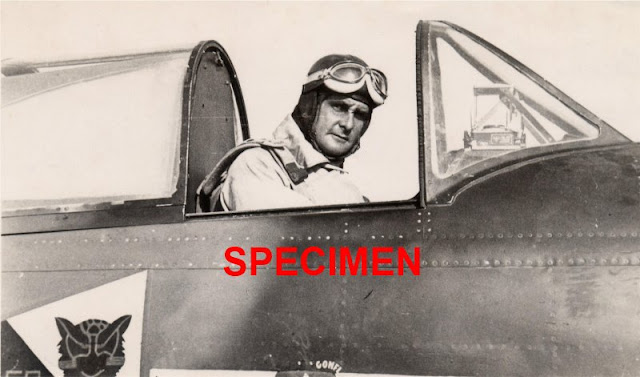 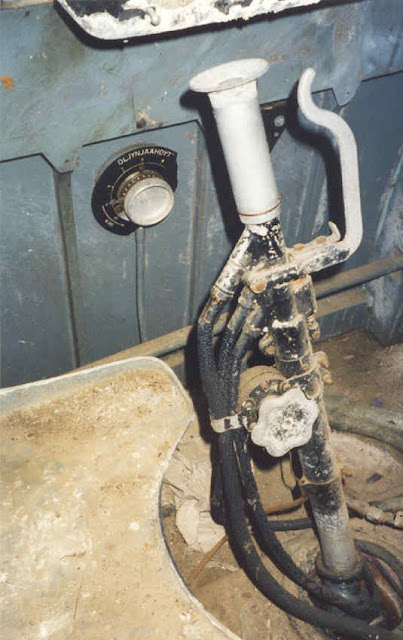 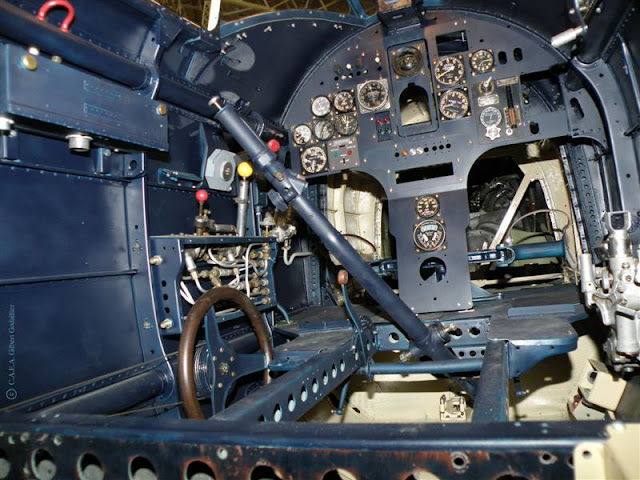 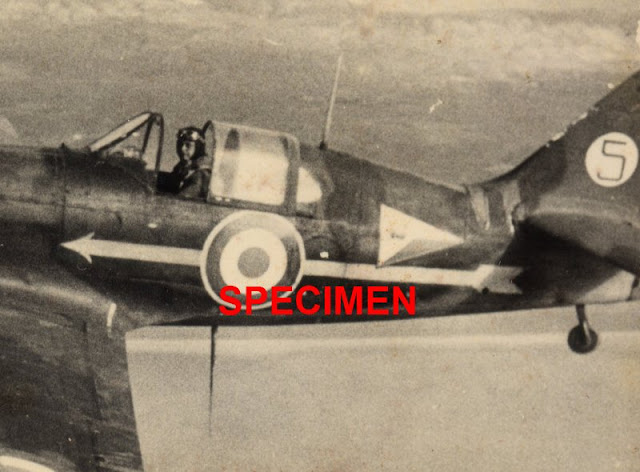 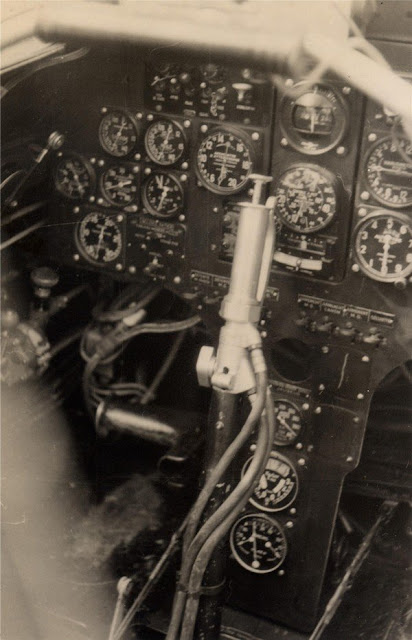 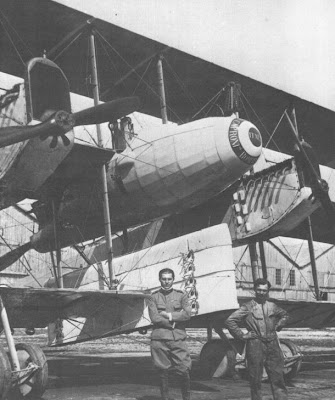 The Caproni Ca 40 series bombers were some of the largest triplanes to see service during WWI able to haul some 3,000 lbs of bombs in the external 'box' bay located in among the sixteen wheel landing gear arrangement.
at February 14, 2010