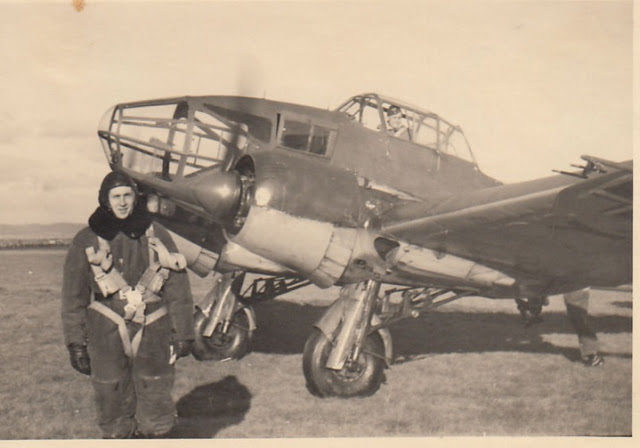 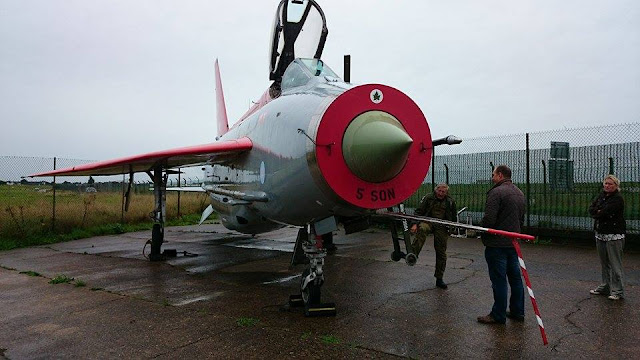 Lightning F.6 XR770 arrived last year at my local aviation history museum located on the former RAF Manston airfield and must surely be one of the more famous Lightnings if only because of that paint scheme. First flown in 1966, she appeared at that year's Farnborough SBAC display in Saudi markings with a wide array of weaponry prior to entering service with 74 Squadron in September 1966 and finishing her career with 5 Squadron at RAF Binbrook. Lee Scargill photo 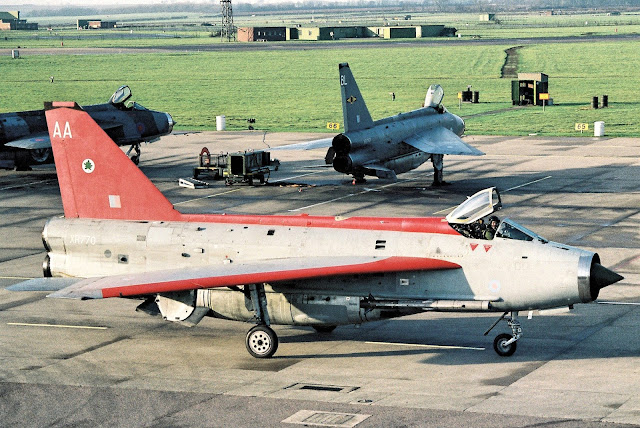 In March 2015 XR 770 moved from her then location at Waddington to the Manston History Museum outside Ramsgate in East Kent and by July they had completed her re-assembly. At least she is now available for public viewing - something that would no longer have been possible at Waddington with the ceasing of the annual airshow. 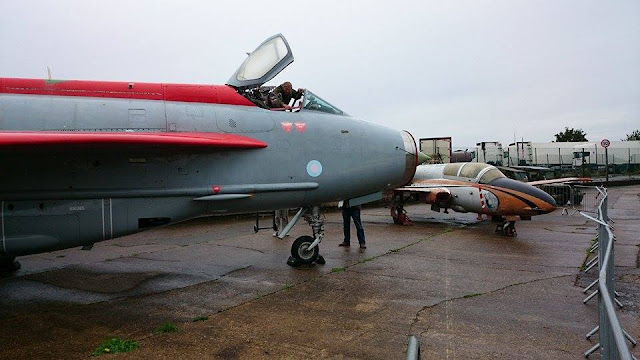 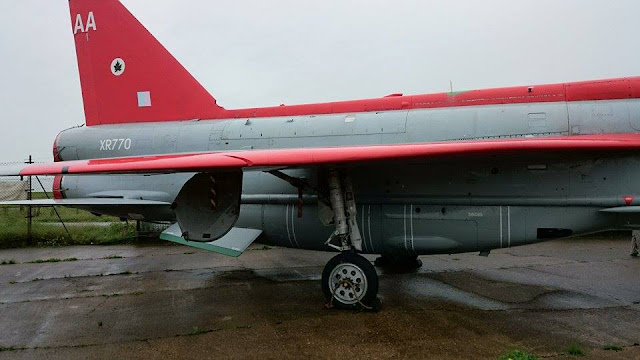 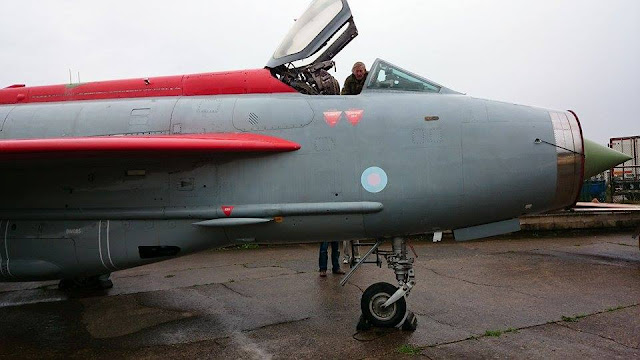 Taken from the AHB Twitter feed where the caption read " Formation Friday - Three Lightnings of 226 OCU (a T5, T4 and F1A) at Coltishall pictured January 1973 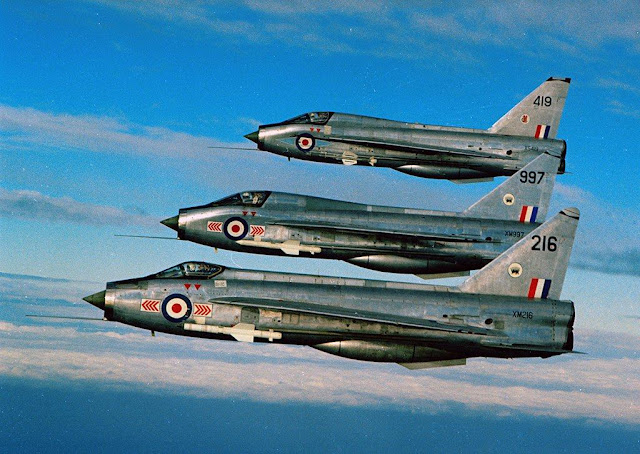 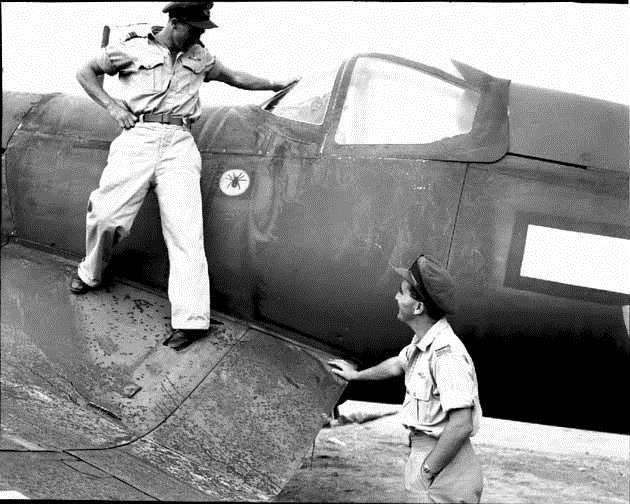 The Squadron was nicknamed the ‘Katipo Squadron’, after the rare New Zealand native Katipo spider, a less venomous cousin of the American Black Widow and Australian Red Back spiders. With a Squadron motto of “Patu o Kia Mate” (“Strike to Kill”), a suitably fearsome creature as a symbol was definitely in order. These pictures were published in the New Zealand press in July 1945 to promote the important work of the Squadron in support of Australian troops during the fierce ground fighting on Bougainville.

Katipo spider artwork on the side of a 22 Squadron Chance Vought Corsair on Bougainville, 1945. PR6950, ©RNZAF Official.

Via The FB page of the NZ Air Force Museum https://www.facebook.com/AirForceMuseumofNewZealand/ 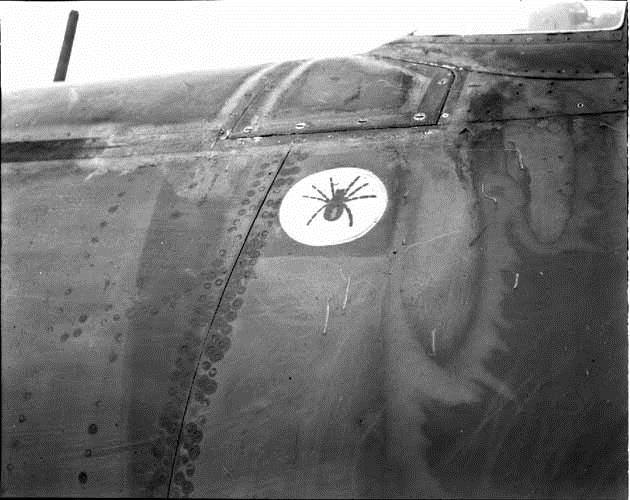 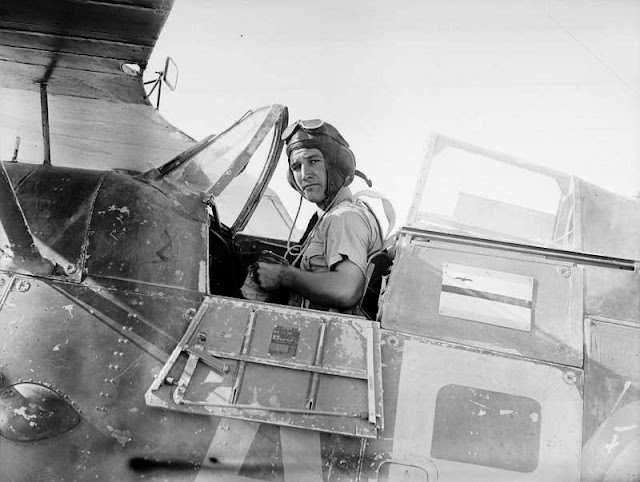 "Squadron Leader P H "Paddy" Dunn, the Commanding Officer of No. 80 Squadron RAF, sitting in the cockpit of his Gloster Gladiator at Sidi Barrani, Egypt, a few days after leading 'B' and 'C' Flights in a major engagement with Italian fighters over Bir el Gobi, Libya, on 8 August 1940, in which they claimed nine Fiat CR.42s shot down for the loss of two Gladiators. Dunn himself was credited with two CR.42s shot down within a few minutes of the start of the fight." Source: IWM (CM 42)
The Italian biplanes were from IX and X Groups, 4° Stormo CT, commanded by Maj Romagnoli, the real losses were 4 shot down, 4 force landed and later recovered, 1 pilot killed.

Below;
Pilot Office S Linnard of No. 80 Squadron RAF, views the artwork on his Gloster Gladiator from the cockpit. at Sidi Barrani, Egypt, a few days after taking part in the same engagement. 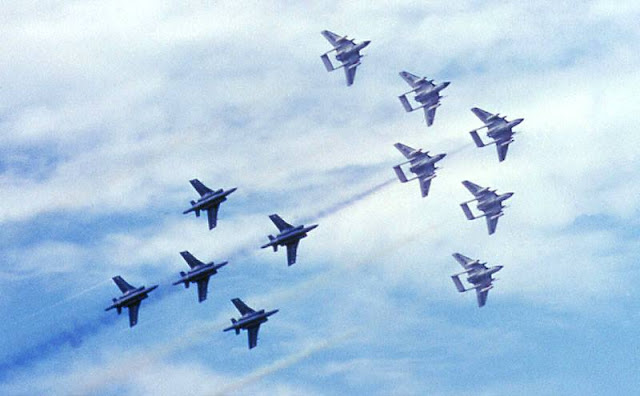