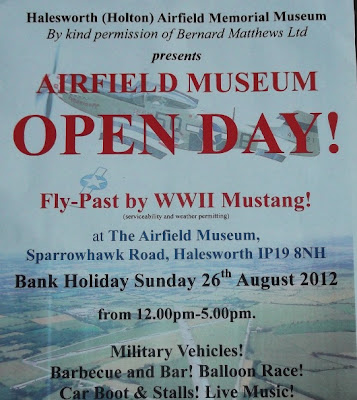 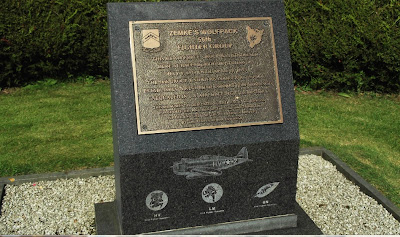 Recently spent some time at my brother-in-law's place in Framlingham, Suffolk - a beautiful part of the country, full of history - and neat aviation museums. While I was there I went up to the Halesworth 56th FG museum and bumped into Nigel Julian, webmaster of the 56th FG web site and Buzz Took, below, who runs the 56th FG museum on what is left of the old airfield, nowadays owned by Bernard Matthews Ltd. 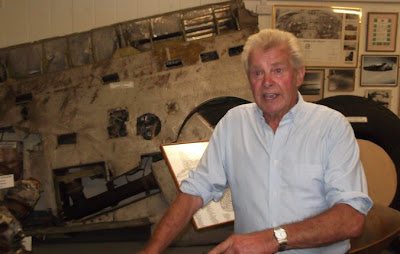 Not only did I get a personal tour of the museum and the chance to peruse the museum's extensive photo collection on Saturday prior to the Open Day courtesy of Buzz and Nigel, but on the Sunday met Krys Lanowski, son of 56th FG pilot Witold 'Lanny' Lanowski. 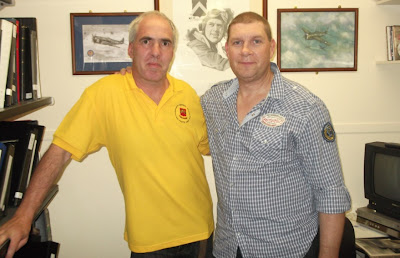 The story of Lanny's amazing wartime career is fully recounted in the seminal book by Danny Morris 'Aces and Wingmen'. Having flown Spitfires with the RAF the Polish pilot was brought to the 56th early in 1944 by Gabreski  - but was never 'officially' recruited as a USAF pilot. He subsequently flew with the 56th without pay throughout the war - rather than accept an instructor's position with the RAF. He achieved four victories in combat and only received his back pay years later after a long campaign. He sadly passed away some 17 years ago.

Model of Lanny's black 'M' built by Nigel Julian. Just visible, the lucky horseshoe 'welded' to the airframe under the windshield!

Late on the Sunday afternoon Maurice Hammond sent over his two P-51s from Hardwick for a flypast/demo - marvellous! 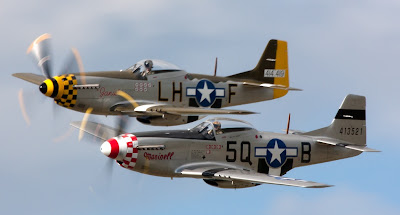 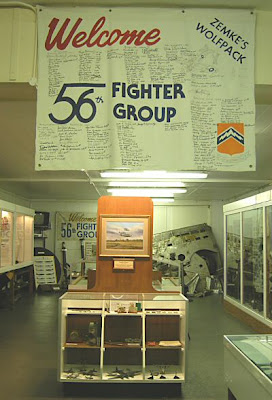 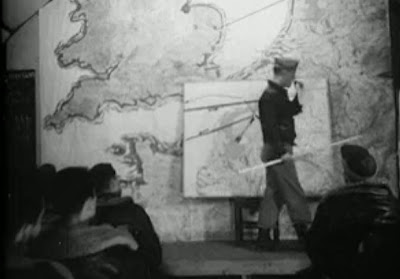 Above; screen clip depicting a 56th FG briefing - note the red line stretching from Halesworth, Suffolk out over the North Sea. "Ramrod to Emden" depicting the Razorbacks of the 56th FG departing on a mission from Halesworth is available to view at this link 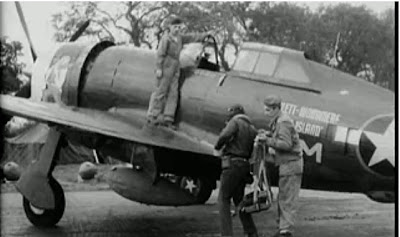 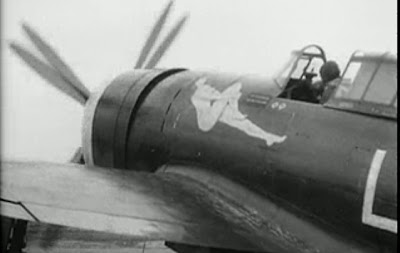 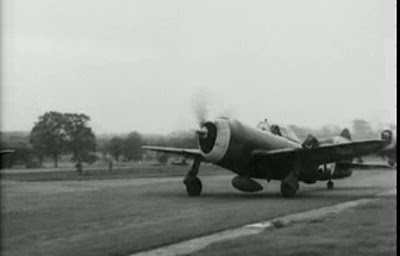 Difficult to not notice the nice front cover image on the latest issue of Jets magazine - a stunning shot of Hawk T1. XX278 wearing a Union Jack in its entirety. Now I always usually browse 'Jets' on the news stands and put it back, but this month was the first that I've purchased the mag. Inside there are features on the Gnat and the Hawk and an interview with Ft. Lt. Phil Bird on flying the RAF's 2012 display ship in its striking 'flag' scheme. Covered entirely  with a huge union flag and carrying the RAF Benevolent Fund heart on its belly, XX 278 is from 208(R) Squadron at RAF Valley. Herewith a selection of images taken for this blog by Nico Charpentier at RIAT 2012..if anything they are even better than the pics published in Jets magazine this month. Click on the image to see the full view.. 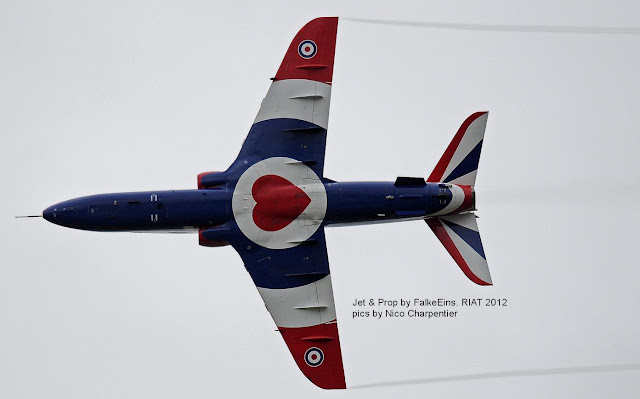 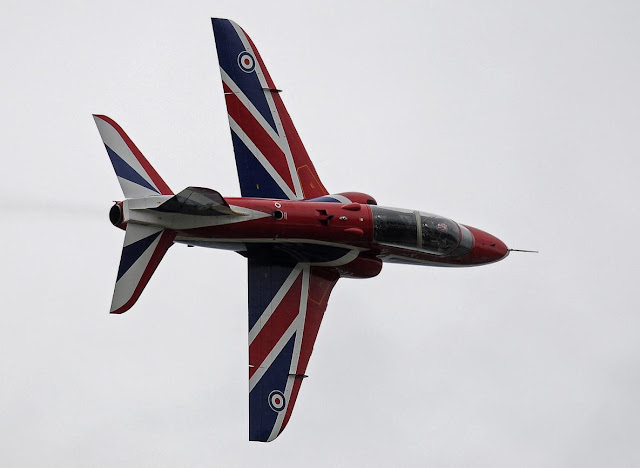 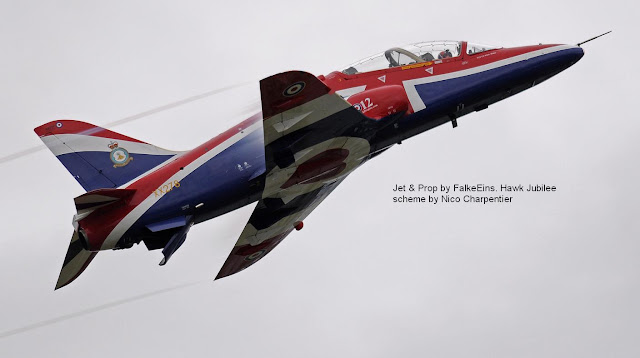 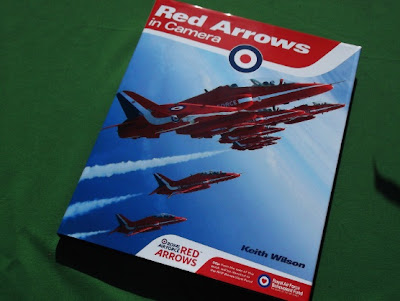 Lovely book just published (July 2012) by Haynes. Comprising 208 full colour pages, in slightly larger than A-4 format, this book has a surprising amount of text for a work entitled '..in camera'. Aviation photographer and journalist Keith Wilson was given privileged official access to the Red Arrows team, offering the unique opportunity to photograph all aspects of the world of the Reds - its pilots, ground crew and support staff, its Hawk aircraft, and the precision flying by the pilots themselves during displays. The book opens with a chapter devoted to the history of the 'Reds', while subsequent chapters are entitled 'The People', 'The Programme', 'The Engineering' etc etc. The book concludes with a look at famous Reds locations and formations. The book is officially endorsed and published in association with the Red Arrows with 50p from each sale going to the RAF Benevolent Fund.Formed in 1965, the RAF's world-famous aerobatic team, the Red Arrows, has flown more than 4,000 displays in 53 countries. A selection of page views follows or check out the great Red Arrows airshow pics on this blog courtesy Nico Charpentier. Another great selection of Red Arrows shots on this blog here. These are easily some of the best on the Net! 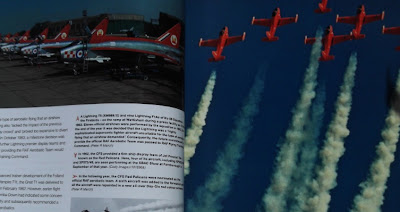 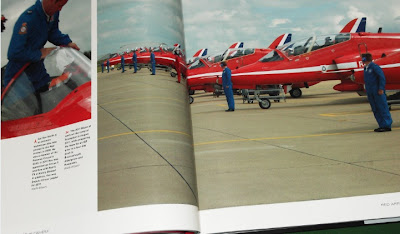 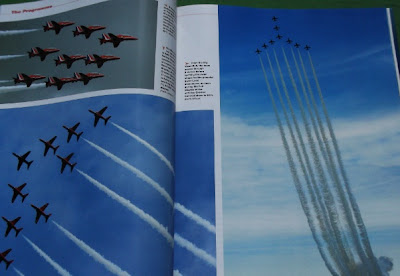 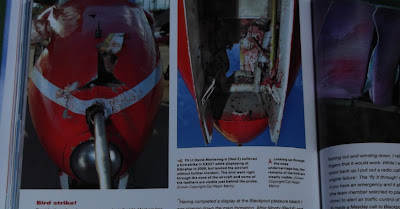 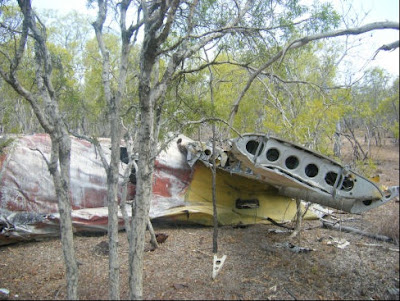 ..on 'Dave' this afternoon a Ray Mears interview with Les Hiddins the well-known 'Bush Tucker Man'. The two are filmed visiting the wreck of 'Little Eva', a 90th BG B-24 bomber which crashed in a remote area of northern Queensland returning from a mission against a Japanese troop convoy on Papua New Guinea on 2 December 1942. "Little Eva" lost touch with the other aircraft on the mission and attempted to return to base at Iron Range alone. A severe thunderstorm then disabled the radio, resulting in the crew losing their bearings and the aircraft finally ran out of fuel. Lieutenant Norman Crosson, the pilot, gave orders to bail out. Most of the crew members parachuted to safety, however one was killed when his parachute snagged on the aircraft and another who did not jump was killed when the plane crashed at about 2:45am near the Burriejella waterhole. Although the crew had been instructed to rendezvous at the wreckage only two men including the pilot made it back to the crash-site and from there subsequently walked back to civilisation after 12 days in the bush. Of the other group of four men, only one survived. Staff Sargeant Grady Gaston was only found after an amazing one hundred and fifty day odyssey through the barren north Queensland landscape, one of the longest survival treks in history. 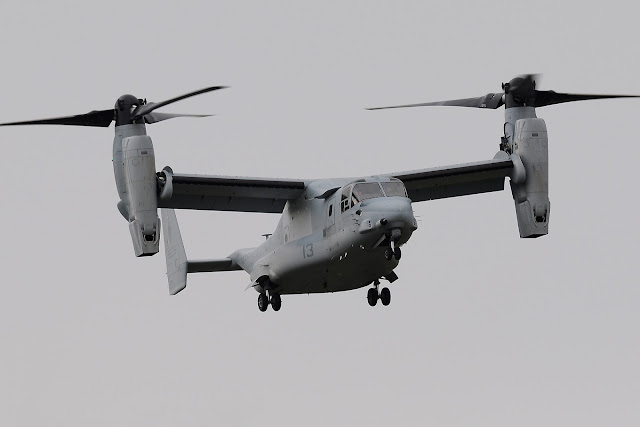 Over at his Airplane Geek’s blog David Vanderhoof’s  recent ‘Airplane of the Week’ was the Bell Boeing V-22 Osprey.  There were two examples of the type at the RAF Fairford RIAT this year. Not a particularly impressive demo by all accounts. The transition phase seems to be far too laborious and it would be difficult to imagine this occurring anywhere near defensive ground fire. The venerable Chinook with its fast steep approach and touch-and-go was far more impressive. The death toll/accident rate suffered by the Osprey is a matter of record too. I’m told that the Japanese declined to have the type stationed on Japanese soil for this reason. Those are Rolls Royce engines by the way – so the aircraft obviously has something going for it -and a single engine can drive both props in case of an engine malfunction. Airshow photos by Nico Charpentier, click on the images for a larger view. 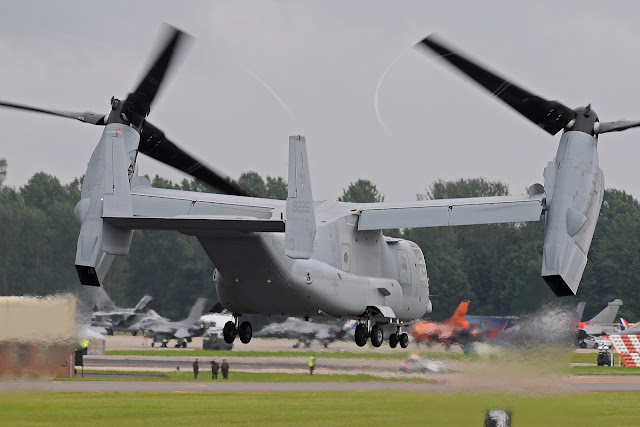 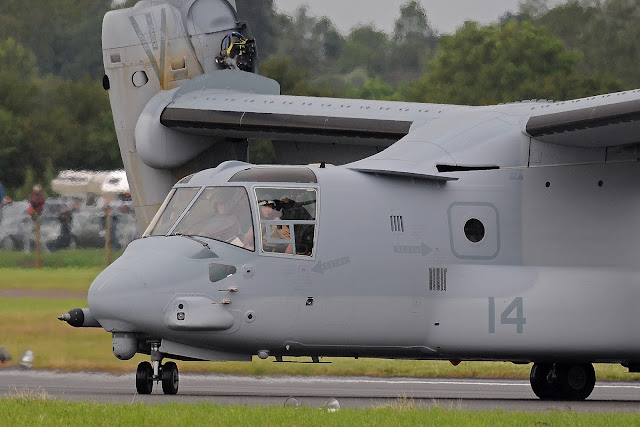 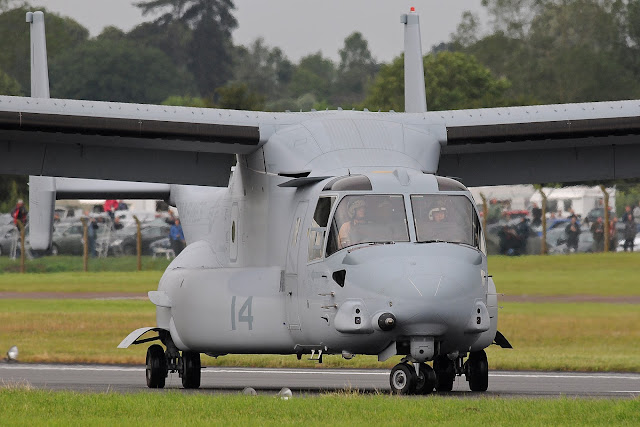 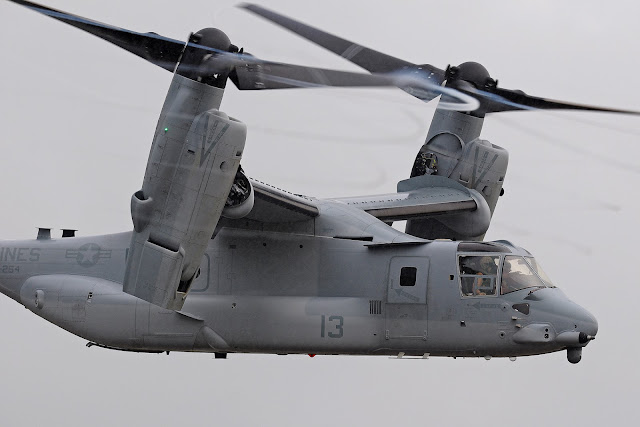 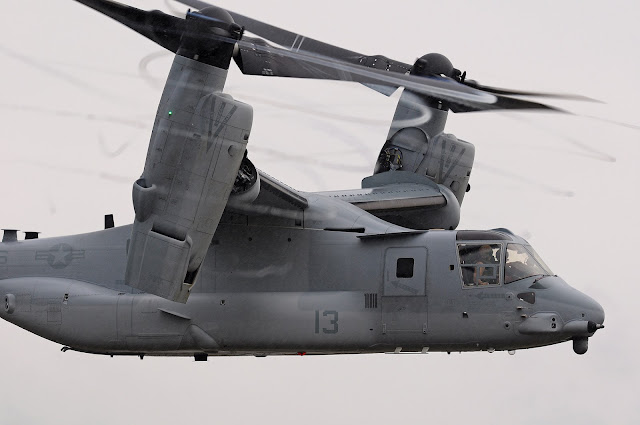