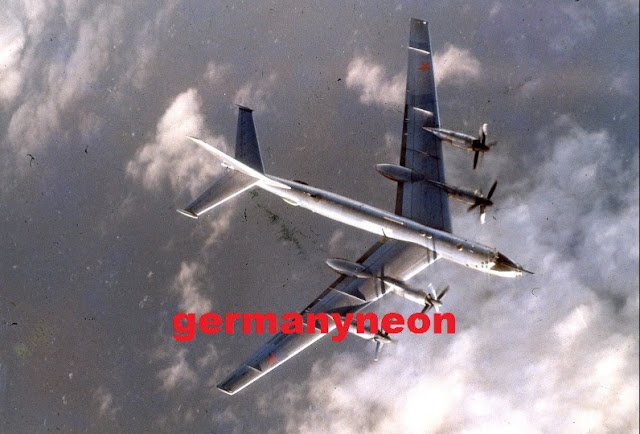 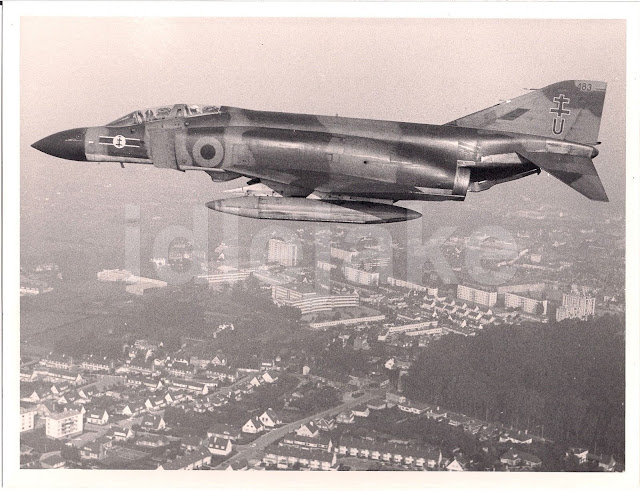 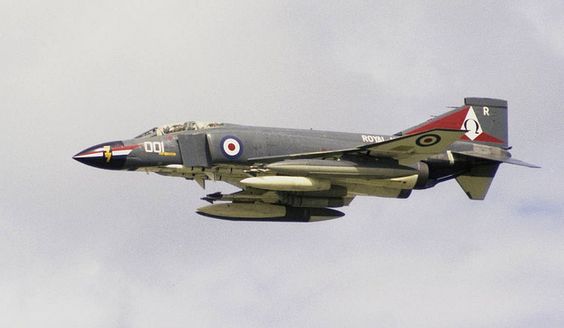 rare view of what I assume is (possibly) a special ops SOE Lysander III (maybe) of 161 or 138 Sqd captured by the Germans - taken from an album featuring shots of the Luftwaffe airfield at Cambrai, northern France (Niergnies) 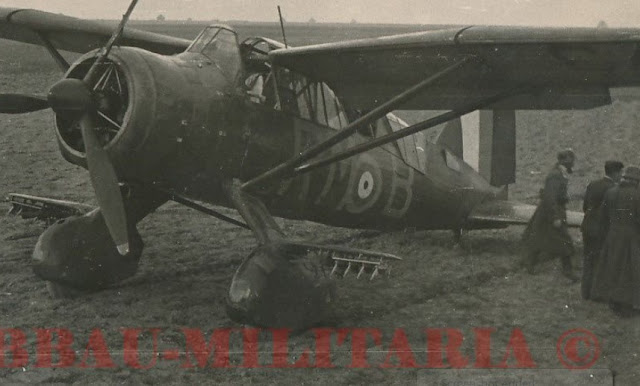 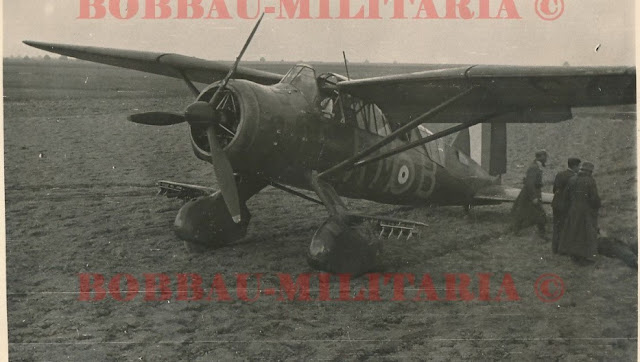 
Fuselage codes appear to be RM which would make it 26 Squadron. The squadron moved to France in Oct '39 and served in an army co-operation role, finally withdrawing to Lympne on 19 May 1940, after which it flew supply, bombing and reconnaissance missions.

The stripes on the fin were introduced from April 1940, probably a Mk.I. Importantly there is no access ladder on the side so it wasn't used for SOE drops. Possibly a u/s aircraft left in France after the AAEF withdrawal in June 1940? Or.. is that an RAF man being led away?

RM*B is associated with L4773, which was forced to land while conducting a recce on 20 May 1940. I am not altogether convinced that this is the aircraft in the photo, since it was meant to be conducting a recce around Calais and force-landed on a beach..note however that some of the serial numbers are just visible on the lower surfaces of the port wing.. 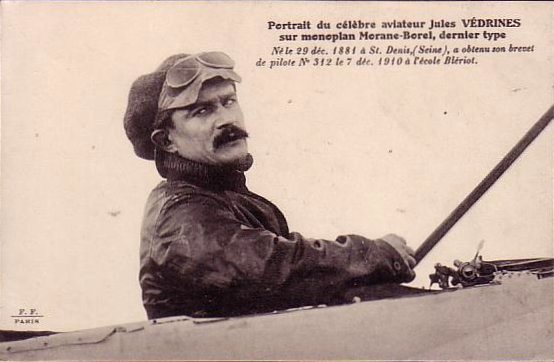 Frenchman Jules Védrines was a popular and populist aviator noted for a variety of stunts and record-breaking feats. Born 29 December 1881 in St Denis/Paris he obtained his 'brevet de pilote' in 1910. During the First World War he was largely involved in clandestine missions, landing behind enemy lines to drop or pick up agents. At the start of the war although a 'civilian' aviator he was mobilised. He was one of the first aviators to fly 'armed' sorties although his lack of military discipline soon saw him sent away from the front! His armoured Bleriot monoplane aircraft was named La Vache (The Cow) and was emblazoned with a picture of a cow, in homage to his family's roots in the Limousin region - or alternatively 'la vache' is a mild French expletive and starting the engine generally involved a bit of effort and swearing! 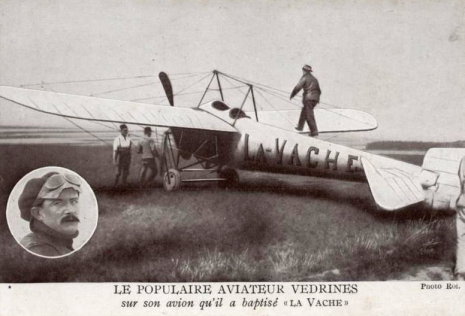 It was designed for attacking balloons and airships and for ground strafing of troop concentrations..

On 15 July 1915 Védrines was mentioned in the French Army Order of the Day for his work with the Sixth Army, for whom he had flown over 1,000 hours on reconnaissance missions. 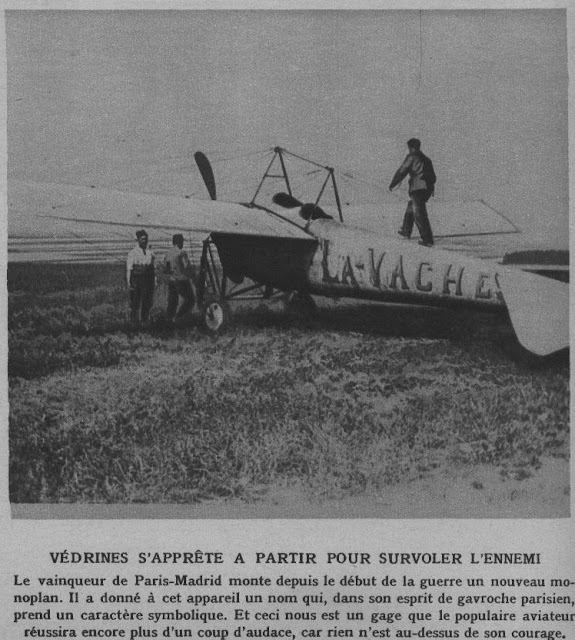 "... the winner of the Paris-Madrid (air race of 1911) has built a new monoplane and has given it a very symbolic name ( 'La Vache - a word that has a double meaning in French; the 'cow' or an exclamation 'blast it'), an indication that the popular aviator will once again pull off an act of bravoure as nothing is above his courage.." 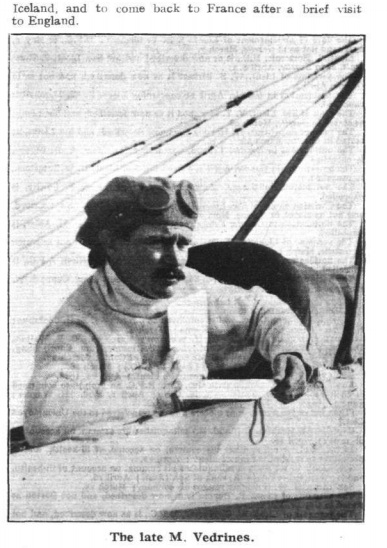 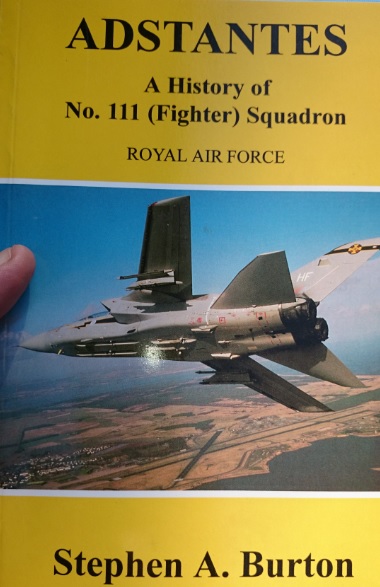 Privately published history of one of the RAF's leading fighter squadrons, first to put the Hurricane into service in early 1938. The unit's 'JU' codes also appeared on the Spitfire V in overall black night fighter camouflage. Following the Battle of Britain the unit subsequently went out to North Africa  and fought over Sicily and southern Italy.

During the Cold War period the unit's black Hunters acquired a certain notoriety.

Sadly the book is replete with typos and other errors and only very few personal accounts but still well worth getting hold of.. 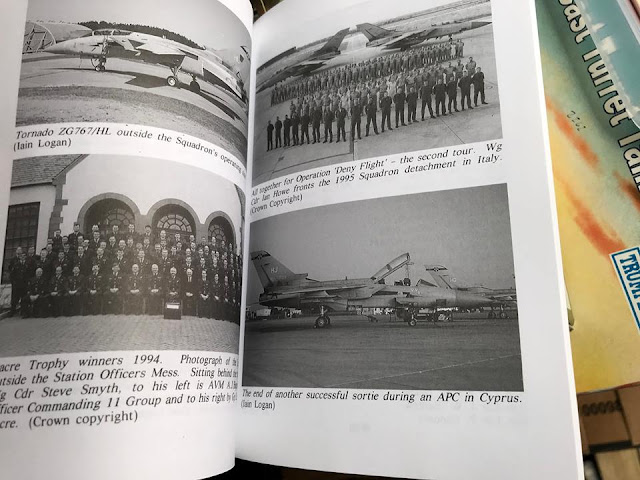 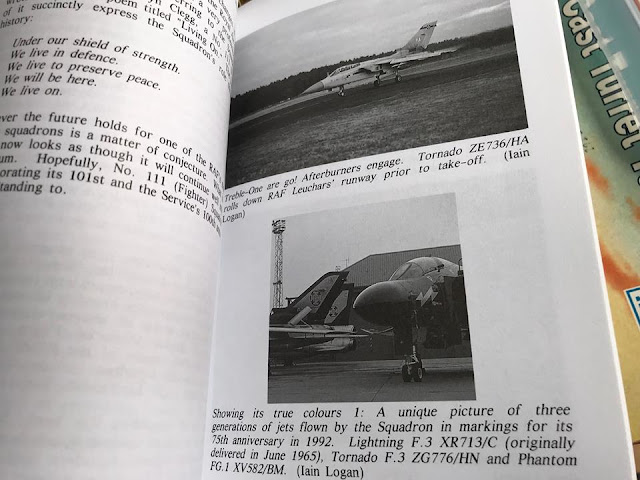 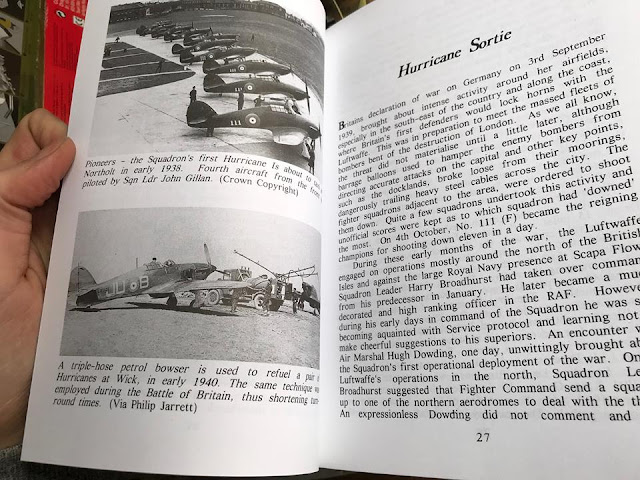