RN aircraft carrier HMS Ark Royal is currently on her farewell tour of the country prior to being decomissioned. Graham James ('chocksaway' on britmodeller) braved the Tyneside weather to capture theses super images of the Harriers of 1(F) Squadron in their special farewell liveries - farewell tour pictures courtesy Graham James. Click on the images for a closer view.. 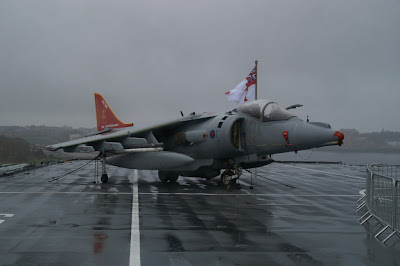 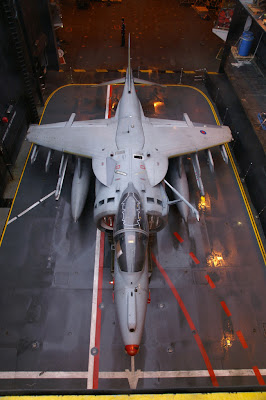 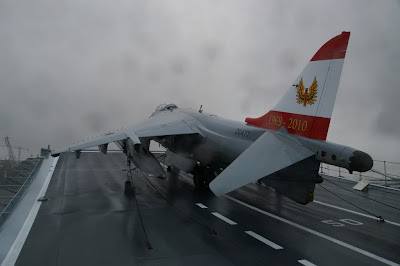 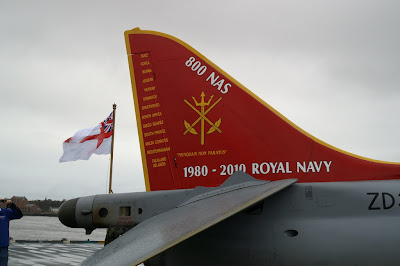 A Harrier jump jet took off today for the last time from a British aircraft carrier, bringing an end to a proud history of naval and aviation endeavour.
Flight Commander James Blackmore was the last of four Harrier GR9 pilots to roar off the deck of HMS Ark Royal which was sailing from North Shields, North Tyneside, across the North Sea, to Hamburg, Germany.
The Harriers were heading 150 miles back to RAF Cottesmore, Lincolnshire, ahead of decommissioning next year. The Ark Royal, the Navy's Fleet Flagship, will eventually head back to her Portsmouth base on December 3, where she will end her active life three years before it was planned and 25 years after she was built on Tyneside. The decision to scrap both was described by one senior officer on board as "madness".
So the last meeting of both famous names was a poignant moment for the crew, who lined the decks to watch the historic departure.
As the Harriers warmed their engines, squally showers washed across the flight deck. But the sun came out shortly after 9am when the planes punched through a chilly northerly wind and hurtled off the desk in a cloud of spray. In an ironic twist a cargo vessel called Happy Harrier had a great view of the display.
Before the flight, Fl Com Blackmore, 35, said: "I am immensely proud and it is a real privilege to be the last pilot to fly off Ark Royal. It is amazing; I watched a Harrier hovering over Chatham dockyard when I was eight years old and I am now fortunate enough to be flying the Harrier today. It's an amazing aircraft, superb to fly and just very enjoyable."

The cost-cutting decision to scrap Britain's fixed-wing capability from aircraft carriers caused consternation and puzzlement on board the ship, which some say carries the most famous name in naval history.
This version is the fifth Ark Royal. The first saw battle in 1588 and smashed the Spanish Armada. The latest, and possibly last, saw active service in the Balkans and the second Gulf War. It will be replaced by the Queen Elizabeth class of aircraft carrier, which will not come into service until the end of the decade. They will carry F35 Joint Strike Fighter aircraft. Captain Jerry Kyd, who only took command of Ark Royal in September, took the 22,000-tonne vessel to Scotland to have its major weaponry removed. He said: "It was a sad time because, for a ship like this, it is like taking the teeth from a tiger."
There was a tear in his eye when the last Harrier took off, he admitted. "It was an emotional moment and also one of real pride as we look back over 25 years service to Queen and country.
"No naval officer wants to see any ship decommissioned early and she is a fine vessel and she has a fine history. She is at the peak of her efficiency but one understands that very difficult decisions have to be made across Government. We have flown off four aircraft and it marks the end of an era. I think the whole ship's company feel bittersweet about it. We understand some tough decisions have had to be made."
It is believed one of the new Queen Elizabeth-class carriers, which is due to be named Prince Charles, could be passed on the Ark Royal name. Capt Kyd hoped there would be a sixth Ark Royal in the future.
"It's an iconic name that has real resonance with the British people, with the Royal Navy and around the world." Petty Officer David Terracciano, a 31-year-old engineering technician from Portsmouth, was "gutted" about Ark Royal being decommissioned.
"We were shocked when we heard the news on the television and I came into work not knowing if it was true. It got confirmed later that day and it was a strange way to find out.
"Morale is good. It's only iron and steel at the end of the day. It's the name that's famous, it's a shame they're not making another one."
Petty Officer aircraft controller Andrew Collins, 26, from Glasgow, said: "HMS Ark Royal is like the girlfriend you hate and you only realise you loved her when she has binned you.
"Life at sea is a harsh reality and you spend an awful lot of time away from friends and family. There's a lot of pride on board that we serve on the Fleet Flagship. It's the most famous warship in the world."
at November 21, 2010 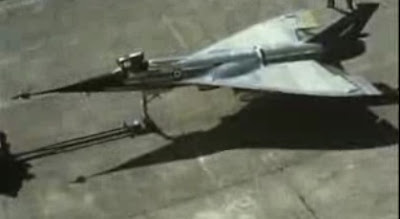 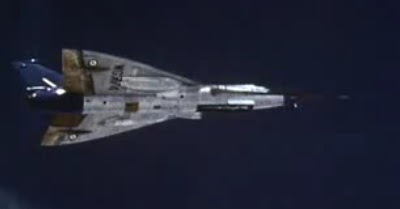 Peter Twiss and the world speed record holder Fairey Delta 2. The Fairey Delta 2 or FD2 (internal designation Type V within Fairey) was a British supersonic research aircraft produced by the Fairey Aviation Company in response to a specification from the Ministry of Supply for investigation into flight and control at transonic and supersonic speeds. 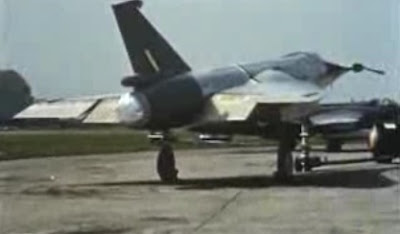 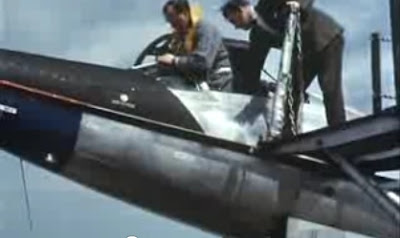 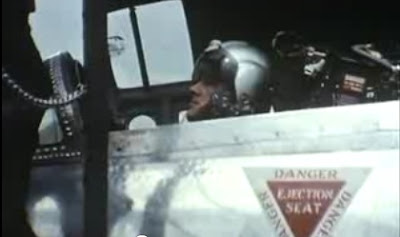 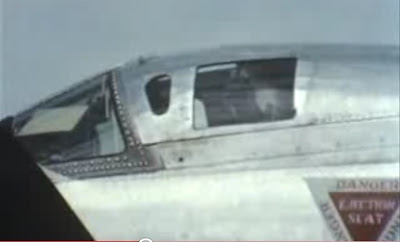 English Electric's Canberra was a first-generation jet-powered light bomber manufactured in large numbers through the 1950s. It proved to be highly adaptable, serving in such varied roles for tactical bombing, photographic, electronic, and meteorological reconnaissance. The Canberra remained in service with the Royal Air Force until 23 June 2006, 57 years after its first flight. The Canberra could fly at a higher altitude than any other bomber through the 1950s and set a world altitude record of 70,310 ft (21,430m) in 1957. The Canberra had its origins in a 1944 Air Ministry requirement for a successor to the de Havilland Mosquito - that is, a high altitude, high speed bomber with no defensive armament. Several British aircraft manufacturers submitted proposals. Among the companies shortlisted to proceed with development studies was English Electric, a well-established industrial manufacturer with very little aircraft experience. A desperate need for bombers arose during the early years of World War II, when English Electric began to build the Hampden under licence. The new English Electric design team was headed by former Westland chief designer W. E. W. Petter. The aircraft was named Canberra after the capital of Australia by Sir George Nelson, chairman of English Electric, as Australia was the first export customer for the aircraft.In May 1945 a contract was signed, but with the post-war military reductions, the prototype did not fly until May 1949. It was a simple design, looking like a scaled-up Gloster Meteor with a shoulder wing. The fuselage was circular in cross section, tapered at both ends and, cockpit aside, entirely without protrusions; the line of the large, low aspect ratio wings was broken only by the tubular engine nacelles. Although jet-powered, the Canberra design philosophy was very much in the Mosquito mould, i.e. provide room for a substantial bomb load, fit two of the most powerful engines available, and wrap it in the smallest, most aerodynamic package possible. Rather than devote space and weight to defensive armament — which historically could not overcome purpose-designed fighter aircraft — the Canberra was designed to fly fast and high enough to avoid air-to-air combat entirely.
at November 20, 2010