Ernst Althaus joined the 1st Royal Saxon Hussar Regiment as an Ensign at the age of 16 and was promoted to Leutnant in 1911. Awarded the Military Order of St. Henry and the Iron Cross, second class, on 27 January 1915, he transferred to the air service on 4 April 1915. Nicknamed Hussar Althaus, he completed his training and was promoted to Oberleutnant before joining FA 23 on 20 September 1915. Two months later he joined Kampf Kommandos Vaux and scored 5 victories before he was wounded in action in April 1916. When he recovered, he was awarded the Iron Cross, first class, the Knight's Cross with Swords of the Royal House Order of Hohenzollern, and in July 1916, the Pour le Mérite. Wounded again on 4 March 1917, Althaus recovered and was posted to Jasta 14 shortly before Manfred von Richthofen selected him to command Jasta 10. With this unit he flew an Albatros D.V (1119/17) with his personal marking in international morse code . . . . for the letter "H" and . _ for the letter "A" (for Hussar Althaus), spelled out along the fuselage in morse code. He scored one more victory with this aircraft in July 1917 but the following month, due to failing eyesight, he was forced to relinquish command of Jasta 10 to Werner Voss. He then assumed command of Jastaschule 11 but his eyesight worsened and he returned to the army, commanding a company of infantry near Verdun. There he was captured by the Americans on 15 October 1918. Although completely blind by 1937, post-war, Althaus became a lawyer and was the Director of the County Court of Berlin during World War II. Before his death due to illness in 1946, he served as an interpreter for the Allies." (from the Aerodrome - list of aces.) 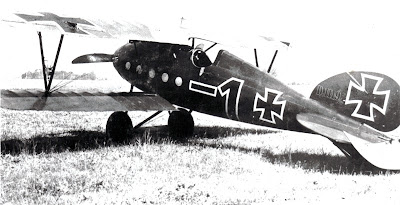 Email ThisBlogThis!Share to TwitterShare to FacebookShare to Pinterest
Labels: WW I aviation

Two Libyan Air Force Mirage fighter jets unexpectedly flew to Malta on 21 February 2011 with their pilots claiming they escaped to Malta after having been ordered to bomb protesters who have taken control of the second city of Benghazi. The pilots told the Maltese authorities that they left from a base near Tripoli. They are being questioned by the Police. The pilots initially asked for emergency clearance to land and for refueling. Also flying to Malta were two civilian Puma helicopters which flew out of Libya and landed at Malta International Airport today afternoon carrying seven people. Informed sources said the helicopters 'escaped from Libya with no official clearance'. Such was the haste of their departure from Libya, that only one of the passengers was carrying a passport. The passengers claimed to be French. Immigration Police are checking the identities of the passengers while holding them at the airport. Thumbnail link codes to the full size images via airplane-pictures.net

Email ThisBlogThis!Share to TwitterShare to FacebookShare to Pinterest
Labels: Jets

899 R.N. Air squadron. The squadron was used as an Operational Training Unit for ex Royal Australian Air Force (RAAF) who transferred to the Royal Australian Navy (RAN). In this WWII amateur home movie of variable quality the following scenes are included; 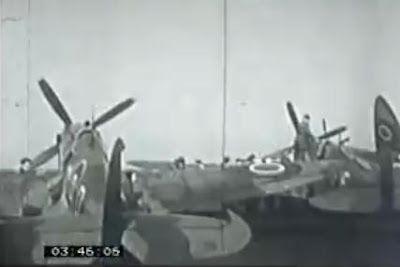 Plane in flight. Diving. Planes coming in with a bumpy landing. Pilot climbing from cockpit. A huge crane hoists a Spitfire which swings overhead showing undercarriage, before being dropped and turned into position by men on the ground. Another plane is hoisted onto ground, somewhere wintry.
Views of two barges which pull the ship/aircraft carrier. Planes taking off. Two distant planes in the air and diving. Close up shots of planes in flight. Formation of planes. Aerial views of land below. Excellent shots of Signalman in action directing the planes coming in to land. Planes landing and use of arresting cable and crew running to help. Warships at sea.
A plane with wings folded, preparations for take-off, positioning plane and close up of pilot taking seat in cockpit. In flight and landings. 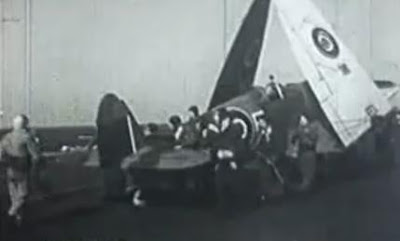 More of our friendly Signalman. The young crew stand in uniform. Overhead views of the aircraft carrier deck. Another ship at sea. A small poor quality colour section at the end of the film - more aerial views and Supermarine Seafires in flight in formation. 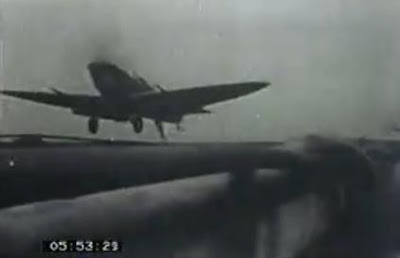 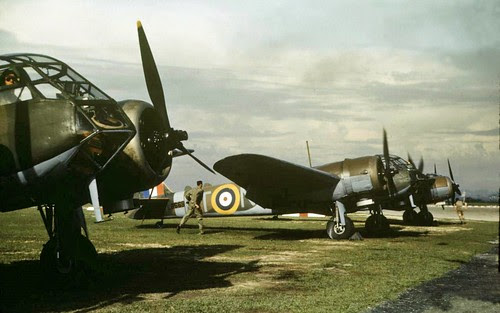 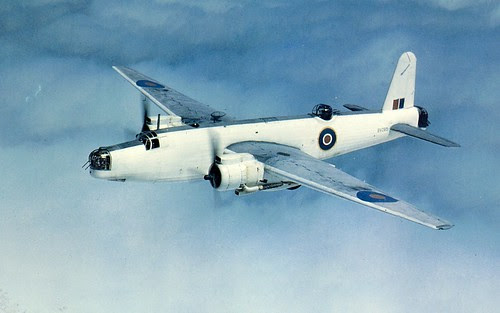 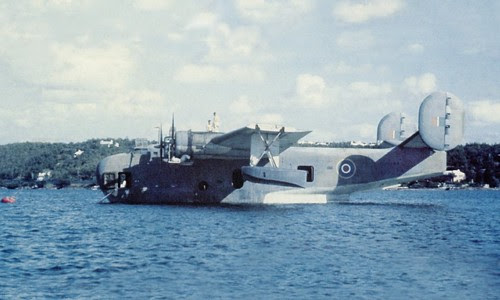 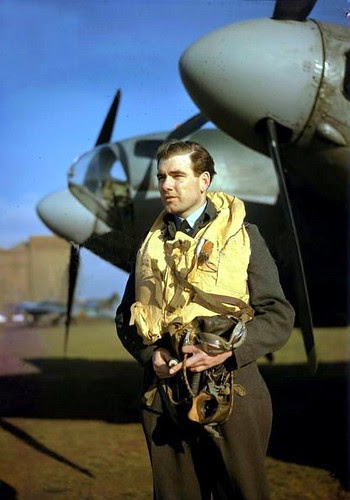 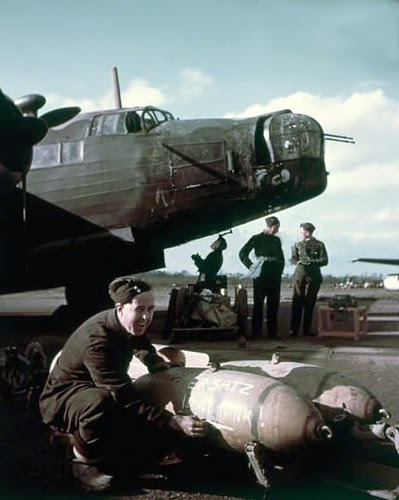 how many different types of aircraft ..?

I've always wondered how many different types of aircraft there have been since the Wright brothers first flew. By aircraft I mean heavier-than-air 'vehicles' such as helicopters, gliders etc. As for types of aircraft, exclude all variants unless of course they were 'different'  ie Spitfire and Seafire (two types) but include 'one-offs' like the Rutan Boomerang. I wonder if anyone has ever bothered to compile a list? I have a "Complete Encyclopedia of World Aircraft" (2002 editon). It includes helicopters but not balloons or gliders and runs to 925 pages and has about 2 or 3 models per page. (variants are listed for each model, for example there are 18 variants listed for the Fairchild C-82 Packet/C-119 flying boxcar). So  if the question is limited to commercial (no homebuilts) airplanes (and not dirigables, etc), and count the variants as one model, I'm guessing the number may be less than 5,000.
at February 04, 2011 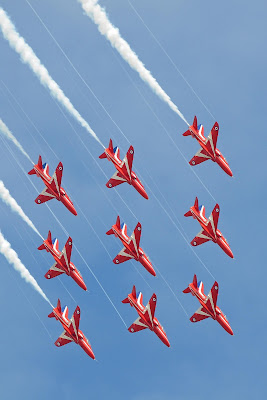 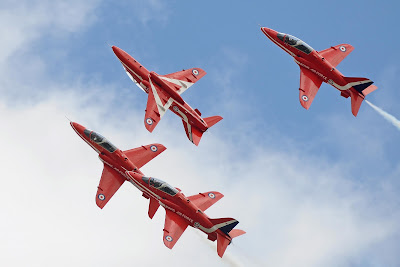 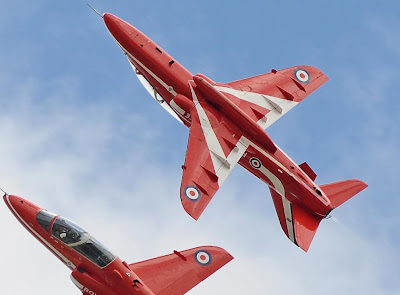 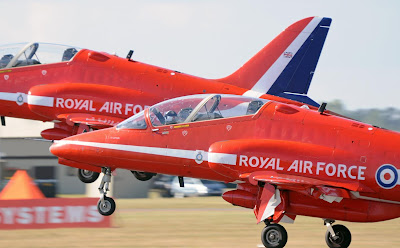 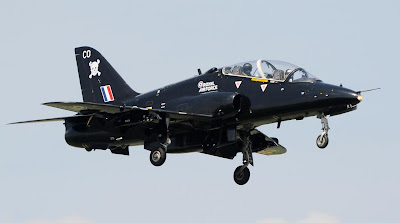 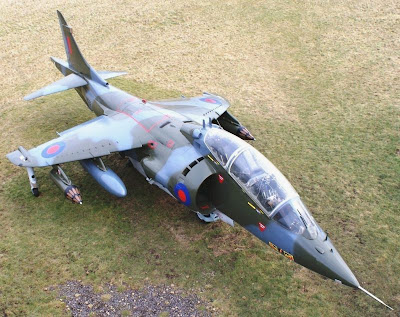 
This is a unique opportunity to own a decomissioned first generation, two seat Harrier aircraft. This aircraft represents one of the most difficult to obtain variants of the classic British Harrier Aircraft. This is currently the only two seat example for sale anywhere in the World.


In the early 1970's each front line Harrier Squadron was issued with one T2 Variant Harrier for pilot training and evaluation purposes. Although designated 'T' for trainer the aircraft were fully combat capable and could be flown by a single pilot from the front cockpit on combat ground attack and Reconnaissance missions with the aircraft carrying the same full war load as carried on a Harrier GR1 or GR3. This very aircraft was the T2 to be allocated to 4 Squadron in RAF Germany and flew many hours on NATO Cold war training exercises.


RAF twin seat  first generation Harriers are very rare with this being one of only six externally complete airframes to survive, the majority of which are in Museums. It is the only two seat RAF Harrier aircraft finished with an early T2 Specification nose with early 3 tone camouflage paint finish making this aircraft totally unique.

The aircraft has undergone a 12 month restoration to externally complete static display standard. Fully repainted and completed to T2 specification as it entered service with 4 Squadron RAF in 1971. This aircraft served a long and interesting flying career having flown with: 4 Sqn, 1 Sqn, 3 Sqn, and the Strike Attack Operational Evaluation Unit (SAOEU) being used for weapons trials and testing under tactical conditions. The aircraft was upgraded to T4 standard and was finally used for ‘Night Bird’ AV8 / GR5 Harrier trials with forward looking Infra Red being tried and tested on this very aircraft. This aircraft was last flown in 1997 after 26 years of service...". 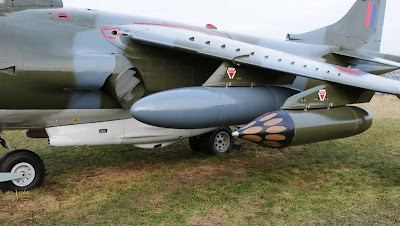 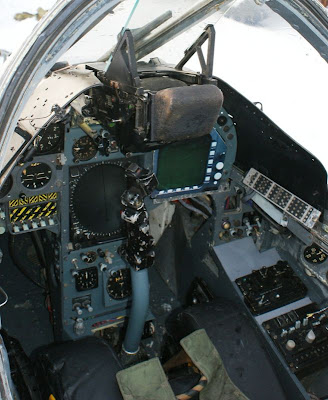 "....The aircraft has been restored to static display / museum standards. This has included a full repaint in early Harrier 3 tone camouflage finish with 4 Squadron Markings. The front cockpit is around 80% complete including a Martin Baker Mk 9 ejection seat. The rear cockpit is fairly empty but has both instrument panel with some instruments and the shell of an ejection seat. The front cockpit on this aircraft is unique as the aircraft was used for ‘Night Bird Trials’ with many Harrier GR5 (and other Mk Harrier) Avionics being trial fitted to this aircraft. For example this aircraft cockpit is correctly kitted out with a Harrier GR5 moving map display as it was when last in service.
A full set of external stores wing Pylons are fitted (inner / outer wing) which hold 100 Gallon Drop tanks and SNEB rocket pods. There is also a set of Aden cannon pods fitted to the belly. A real set of Engine nozzles are included which give the external impression of there being an engine. No engine is fitted but we can source a suitable Pegasus engine as an additional extra if required.


We can arrange delivery and assembly at buyer’s expense...." 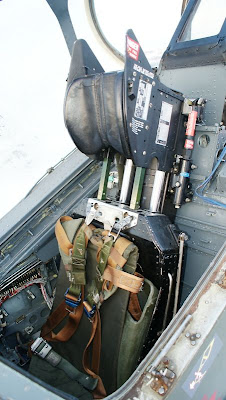 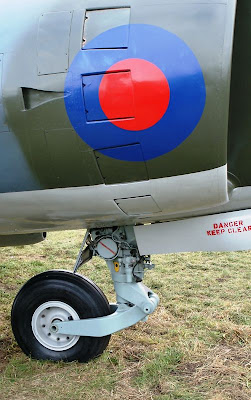 Email ThisBlogThis!Share to TwitterShare to FacebookShare to Pinterest
Labels: Harrier 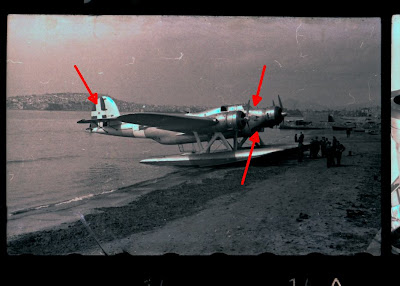 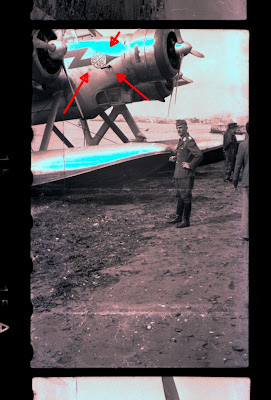 The Z.506B was first used as a reconnaissance/torpedo bomber in the Spanish Civil War. On the outbreak of World War II, 97 aircraft were operational with two Stormi da Bombardamento Marittimo (sea bombing units) and some Squadriglia da Ricognizione Marittima. 31° Stormo B.M. "autonomo" with 22 planes was based at Cagliari Elmas, in Sardinia; 35° Stormo B.M., with 25 Z.506 in Brindisi, Puglia. The Cant Z. 506  was used extensively in 1940-41 in France and Greece and under went its baptism of fire on 17 June 1940, the day after French bombers had attacked Elmas base, killing 21 airmen and destroying a number of Cant. Z.501s. On the evening of 17 June, four 506Bs from 31° Stormo attacked targets in Northern French Africa, dropping two 250 kg and three 100 kg bombs each. One of the most important operations was the battle of Punta Stilo. In the war against Greece the Cant seaplane was used against coastal targets and the Corinth canal. It played an important part in the conquest of many Greek islands, including Corfu, Cephalonia and Zante. Due to its vulnerability against fighters, it was restricted to use by 'recce' units, such as the Squadriglie da Ricognizione. Later in the war, it was used in maritime patrol and air-sea rescue missions. A special air-sea rescue version, the Z.506S Soccorso, was produced; it was used in small numbers by the Luftwaffe. 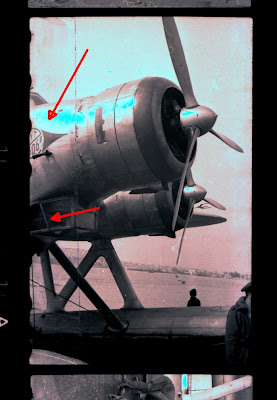 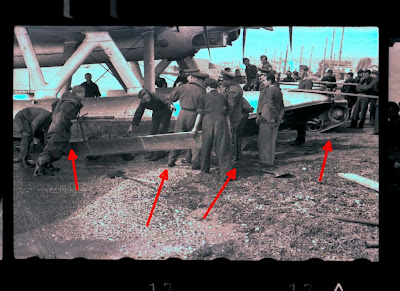 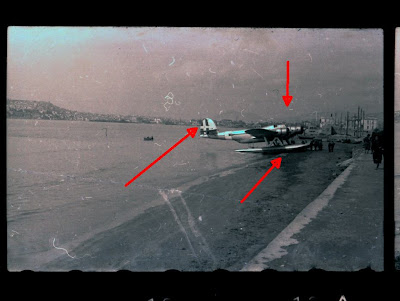