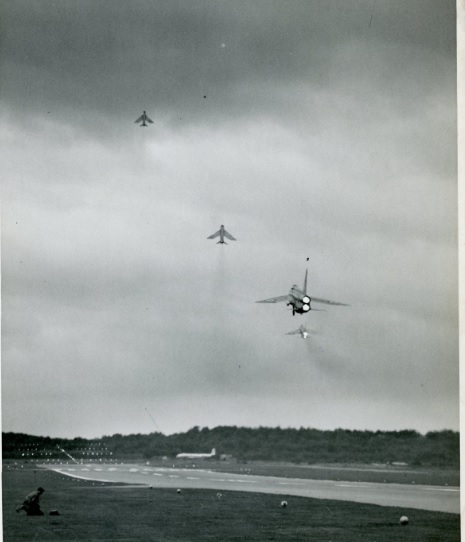 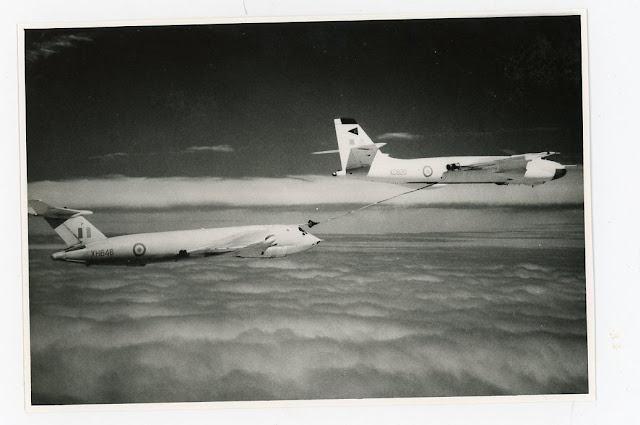 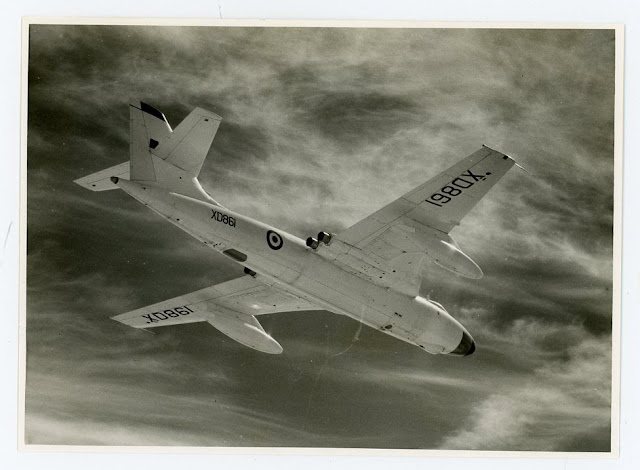 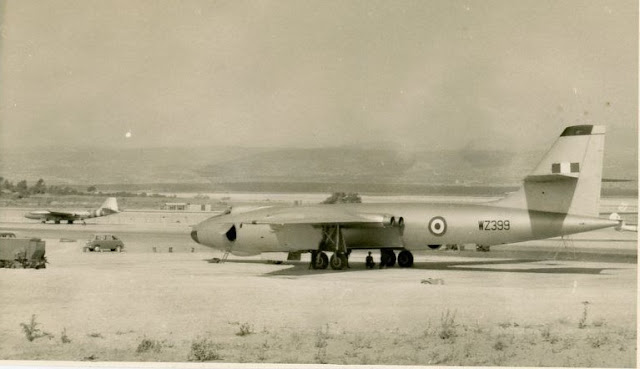 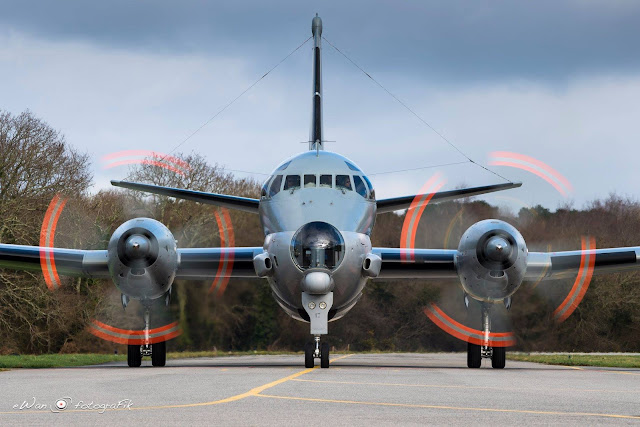 photo sortie by Ewan Lebourdais from the base aéronautique navale (BAN) de Lann-Bihoué, Lorient - shared with the photographer's permission. 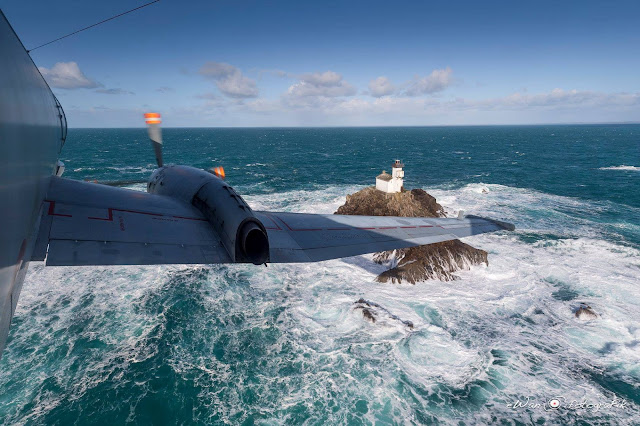 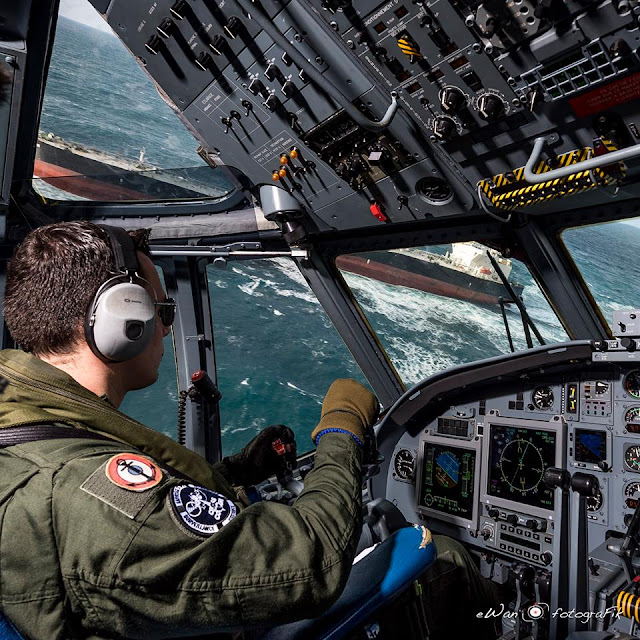 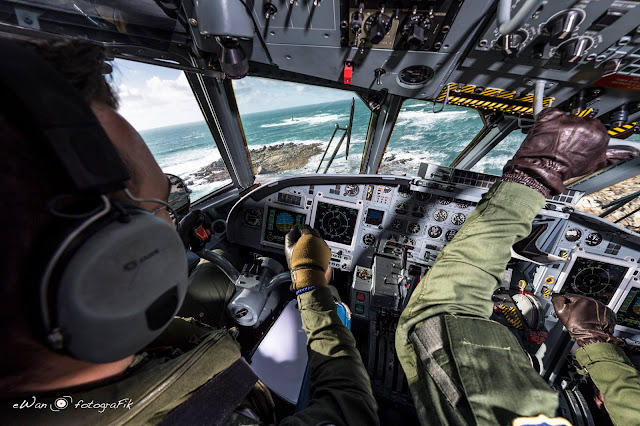 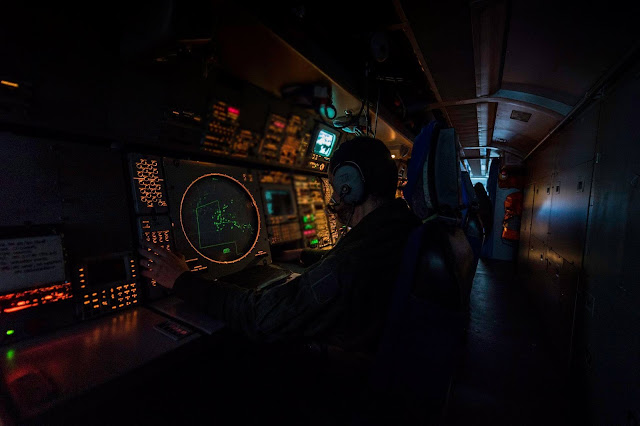 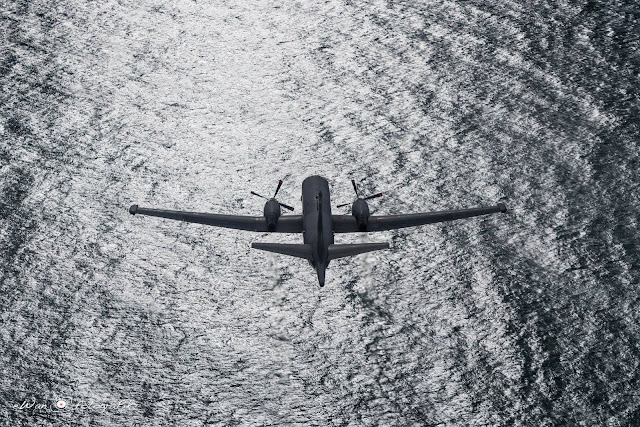 More on the Atlantiques of Flotille 23 F here French text) 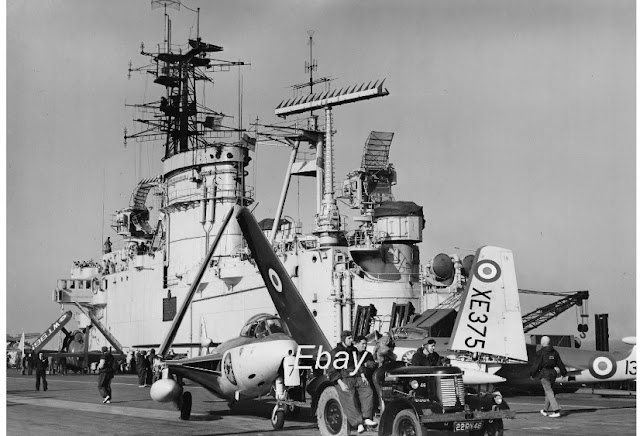 An original HMS Ark Royal Photographic Officer photograph of Skyraider AD-6 135402 of VA-75 taking the wire on board HMS Ark Royal during cross decking operations between the Ark and the USS Saratoga in October 1957. The Skyraider was transferred to the South Vietnamese Air Force in 1964 later crashing during 1965. 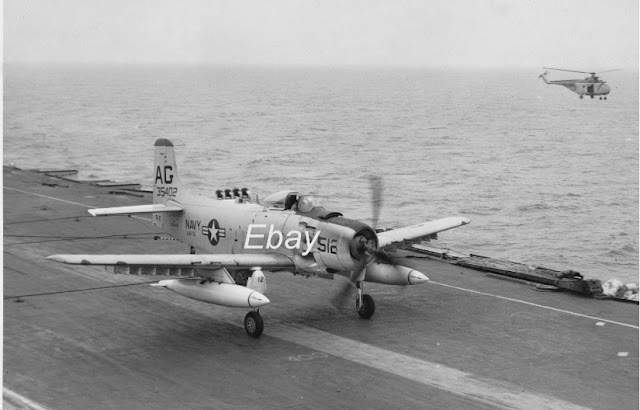 The second 'Meet the Bristol Blenheim Project Day' at the Kent Battle of Britain Museum Trust at Hawkinge was held on Saturday 17th February 2018 between 10 am and 3 pm with all proceeds going to the museum 'Bristol Blenheim rebuild fund'.

The weather was crisp and clear and the Bristol Blenheim Mk.IV was laid out in the car park for visitors to see the progress being made on her rebuild to date and since the museum acquired the project in December 2017.

I took the opportunity to speak to some of the volunteers involved with her rebuild, took a few photographs of the progress and was able to get up close and personal with her.

Please note that the Museum does not re-open until Good Friday 30th March for the 2018 Season. It is hoped to rebuild the Blenheim over a five-year period with a cockpit arriving some time during 2018 from Canada. 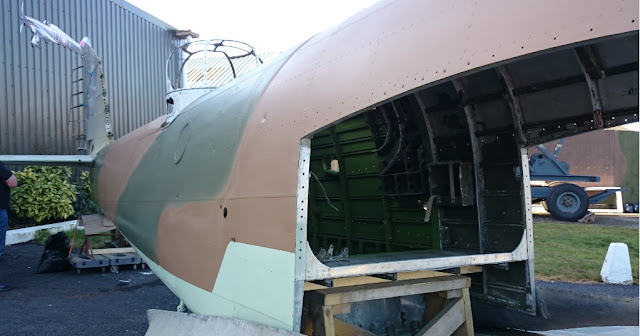 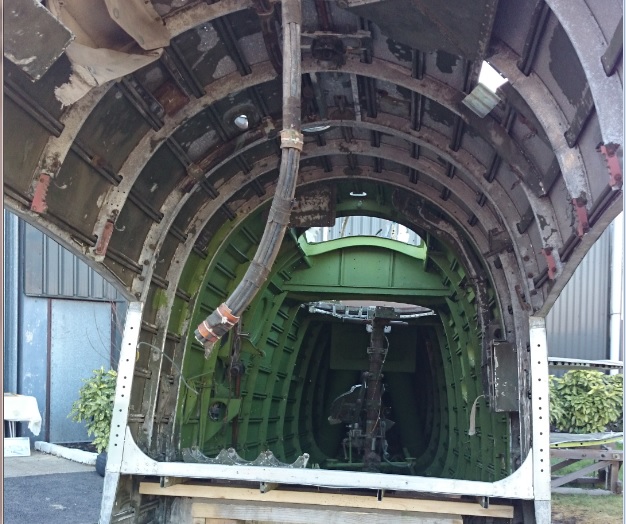 The restoration will be repainted in the colours of 1940 Blenheim 'ace' F/O Reg Peacock of 235 Sqd who shot down a Ju 88 over Thorney Island on 18 August 1940 at the height of the Battle of Britain in Blenheim IV L9446. 235 Sqd were based in Kent at RAF Manston. 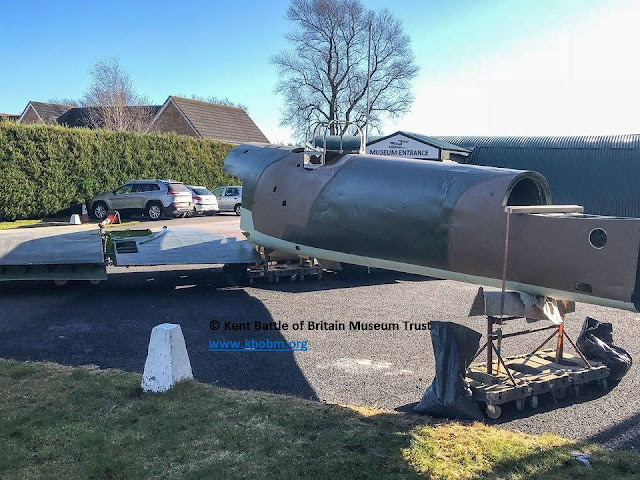 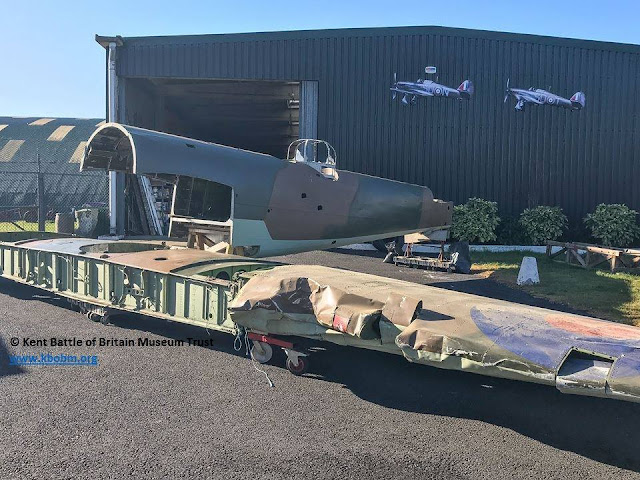 "..The documentary, 'Night Bombers,'is an absolute must for any person interested in RAF Bomber Command's activities in 1943-4. The documentary was made during the war, using colour film. It is believed to be the only colour film made during WW2 concerning the RAF. For that reason alone, it is worth it's weight in gold. It focuses on the preparation & planning behind a raid on Berlin, by Lancasters from No 1 Group. Seeing the RAF Lancasters, the ground crews & aircrew engaged in their respective daily activities is fascinating. The documentary brings home to the viewer the tremendous human effort that went into the bombing campaign. There is much to commend this film, from the scene of a Lancaster undergoing an engine change, to the work of the armourers as they bomb up Lancaster 'V'- Victor. From an historical point of view, this film is of major significance, being the sole documentary of it's type to have been made during the conflict. It includes the collation of weather reports and the briefing of aircrew prior to the raid. The scene of 'V' under full power of four growling Rolls Royce Merlins on take off, is sufficient to make the hairs stand up on the back of any aviation buff's neck. ..."
at February 17, 2018 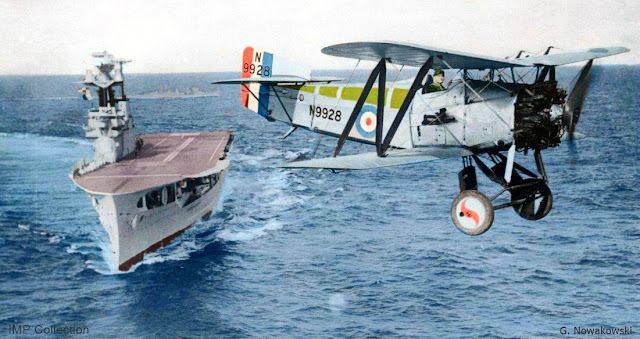 'Fake news' and the role of social media in distorting 'news' and impacting on important events is very much a talking point in today's world. From 'fake' followers that are paid for so many favourable comments on youtube and twitter, to 'fake' stories on Facebook and google. They are all at it - making billions by posting ads alongside dubious content 'created' by trolls and other undesirable characters. In addition places like Facebook are awash with horrible fake colorised photos that are not real. Fake history..like this 'incredible' image of a Flycatcher from HMS Eagle during the 1930s (?) 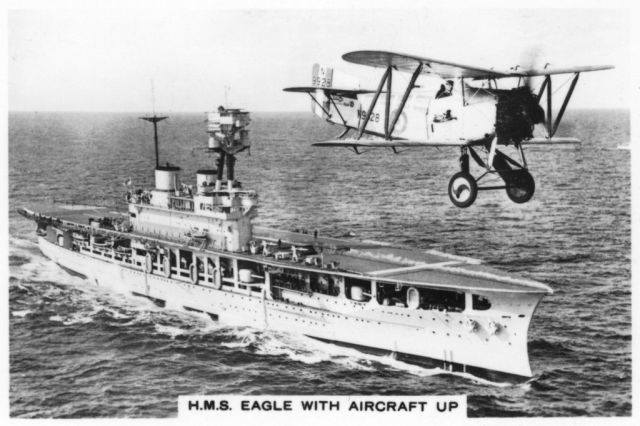 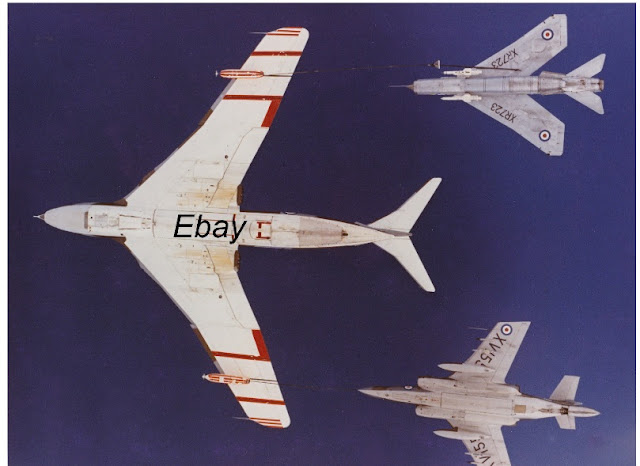 MOD wet stamp to rear. Neg. No. TN6361/6. On offer via seller 'speyphantom'. His sales- always worth looking at - are here 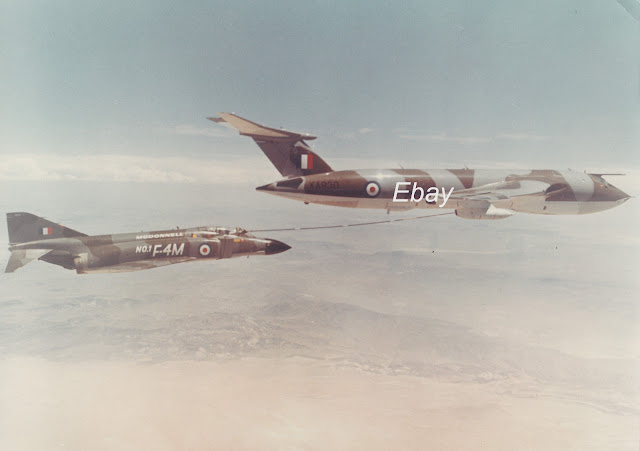 An original McDonnell Douglas photograph of the Prototype Phantom F-4M XT852 and Victor K.1 XA930 during in flight refuelling trials in the USA circa July 1967. 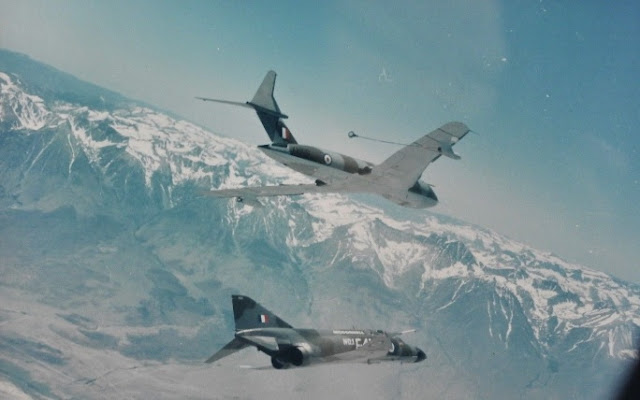 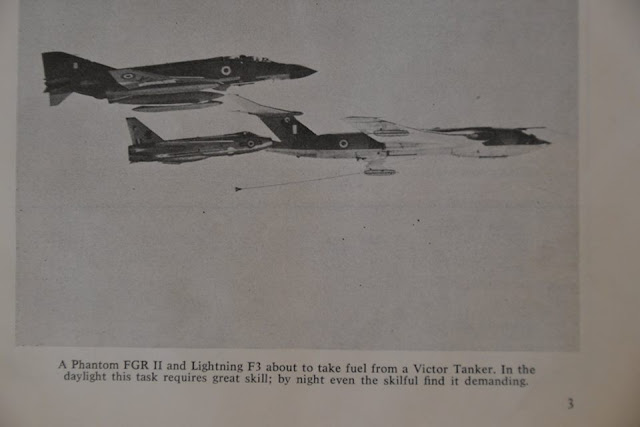 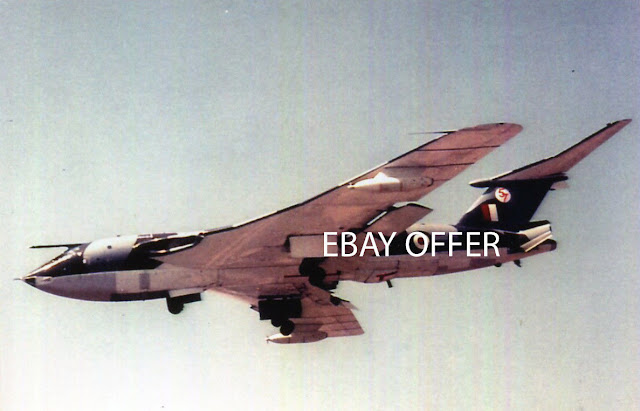 An original 'The Aeroplane' photograph of the flight deck of HMS Eagle in May 1955. In this great view, it looks like a mass launch is being prepared for no less than 6 Sea Hawks, 3 Skyraiders, 4 Wyverns and a single Gannet can be seen. Not to mention the fork lift truck named 'Garth'.

I know next to nothing about the Skyraider in RN service and the new Haynes manual on the type authored by Tony Hoskins features barely a page on its service on British carriers. Apparently around 50 examples were procured, designated AEW. 1 serving in four-plane detachments (see below) on Royal Navy carriers with 849 Naval Air  Squadron. While Skyraiders saw limited service prior to being retired by the Gannet AEW. 3 entering service from 1960, their APS-20 radar units were hung under AEW Shackleton remaining in service until the early 1990s... 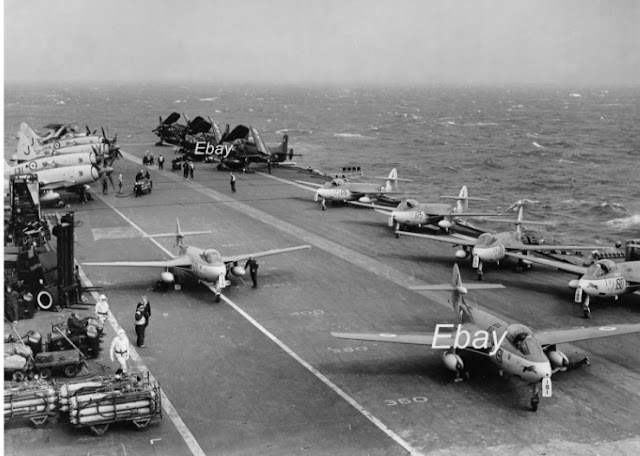 Also on this blog; 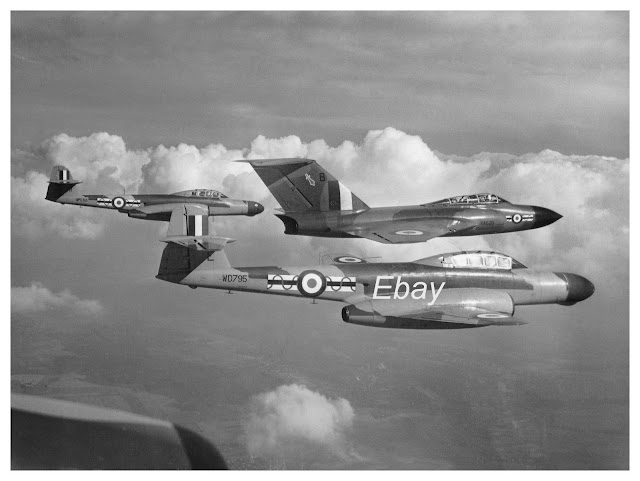 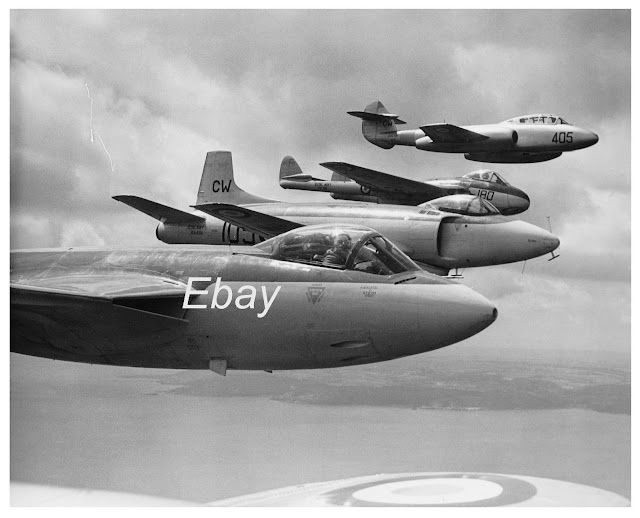 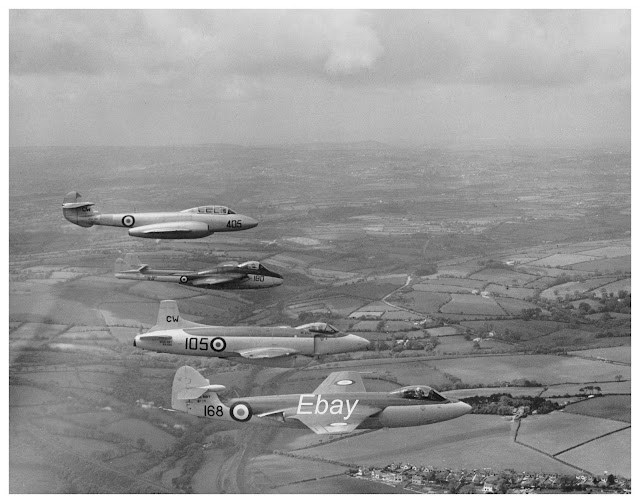