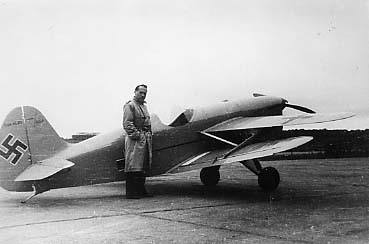 Not a captured aircraft, this machine was designed and flown under the German occupation and was painted with a swastika for flight evaluation only. André Starck started to design his first aircraft, the AS20, in 1938. It was to have the so-called Nénadovich biplane configuration with the tandem-mounted wings providing a continuous slot effect for exceptional c.g. travel and very low stalling speed. In 1941 construction commenced with the permission of the German occupation authorities. The first flight with André Starck himself as pilot took place on 23 October 1942. The aircraft reached speeds of more than 200 km/h. The flight evaluation resulted in some modifications. When the French pilot Finance failed in his 'escape bid' to Great Britain with the Holste MH20 (he had to make a forced landing) all flying of French-owned aircraft was prohibited by the German authorities. Minus its engine the AS20 was stored at Villacoublay where it still remained after the war.

A photo of this machine was published in the German magazine "Der Sportflieger" of 1942.
at January 24, 2010 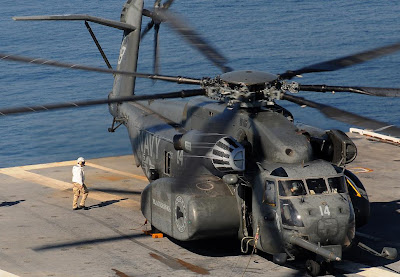 Aboard the Nimitz-class aircraft carrier USS Carl Vinson (CVN 70) an MH-53E Sea Dragon helicopter prepares to launch as the ship arrives off the coast of Haiti. Carl Vinson and Carrier Air Wing 17 are conducting humanitarian and disaster relief operations after a 7.0 magnitude earthquake caused severe damage in Port-au-Prince. 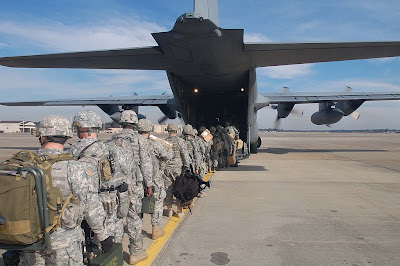 Paratroopers of Bravo Troop, 1-73 Cav, 2nd Brigade Combat team, 82nd Airborne Division board a C-130 Hercules aircraft at Pope Air Force Base early Thursday morning Jan 14, 2010 to deploy in support of the earthquake that occurred in the capital of Port-au-Prince, Haiti earlier this week. The 2nd BCT is the 82nd Airborne Divisionís Global Response Force that has been training for real world emergency response missions. These are the first group of paratroopers going to Haiti to provide Humanitarian Aid 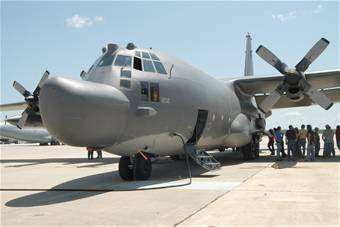 Airmen and C-130 Hercules aircraft from the Air Force Special Operations Command here landed in Port-au-Prince, Haiti, the evening of Jan. 13 and are continuing to provide disaster relief to area ravaged by a 7.0 earthquake.

The Airmen will continue to support requirements as additional aircraft like the MC-130Ps Combat Shadows are en route carrying people and equipment. 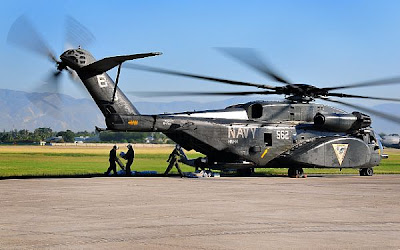 The helicopter flight crew unloads food and supplies from a U.S. Navy MH-53E Sea Dragon helicopter from the aircraft carrier USS Carl Vinson (CVN 70) at the airport in Port-au-Prince, Haiti. The U.S. military is conducting humanitarian and disaster relief operations after a 7.0 magnitude earthquake caused severe damage near Port-au-Prince on Jan 12, 2010. 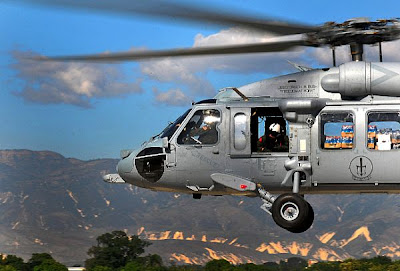 A SH-60F Sea Hawk helicopter assigned to the Red Lions of Helicopter Anti-Submarine Squadron (HS) 15, delivers water and supplies to Haiti as part of rescue and relief efforts. Carl Vinson and Carrier Air Wing (CVW) 17 are conducting humanitarian and disaster relief operations in Haiti in response to the Jan. 12, 2010 earthquake disaster
at January 16, 2010

Bird Dogs of the 220th Recon 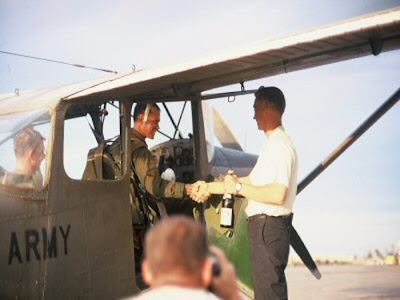 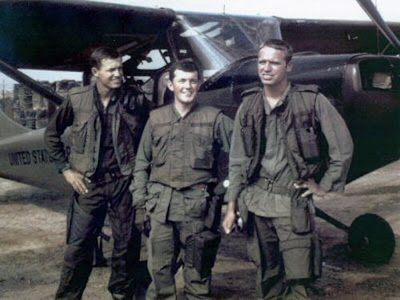 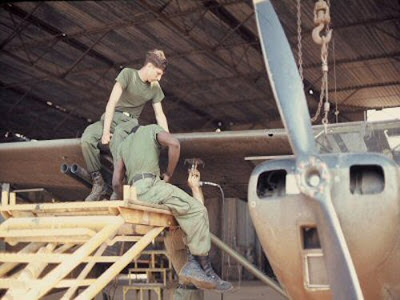 Finally, a book giving the “Catkillers” the recognition they deserve. Often times, in Vietnam, I was asked what a US Marine was doing with an army unit. I arrived in Vietnam in July 1968, and was assigned to Headquarters, XXIV Corps, as a Marine Aerial Observer. Next thing I knew, I was in the office of the Commanding General, then-LTGEN Richard G. Stilwell.

The 220th Reconnaissance Airplane Company had just been made OpCon to XXIV Corps, and Gen. Stilwell told me I was the new liaison officer and had two weeks to develop a plan on how they would be used in northern I Corps. When I visited the Catkillers, they looked at me like I was from outer space, but it was a short-lived reaction. Working closely with “Andy” Anderson, I learned that individual ground units were being allocated so many hours of 220th support, with XXIV Corps Artillery claiming the majority of those hours. I briefed General Stilwell that we needed to change “hours” to “missions,” and from then on, ground units had to submit mission requests, stipulating the purpose, time of day, and how long they wanted coverage. The XXIV Corps Artillery people went nuts, to say the least.

My first mission with them was over North Vietnam, where anti-aircraft fire was coming from 57, 85 and 100mm guns. Along the Laos border, inside Laos, over Ashau Valley and Dakrong Valley, ground fire came from 12.7, 23 and 37mm weapons. It was over Laos where I learned that Bird Dogs can survive hits and keep flying.

The 220th soon became known throughout Northern I Corps, and there wasn’t a mission or assignment, regardless of weather or ground fire, that they backed off from, regularly returning with bullet holes in their aircraft.

“A Hundred Feet Over Hell” is about the Catkillers’ sincerity, heroism, and previously undocumented sacrifices, in all kinds of weather and under hostile fire; it tells of our flying over North Vietnam and Laos, night operations, and aircrews that were lost. As a United States Marine, I hold all members of the 220th RAC in the highest regard, and have the honor of being the only “Marine Catkiller.”

Read the stories that Jim Hooper has so painstakingly gathered, which give credence, respect and reality to the most caring group of US Army aviators, the Catkillers. 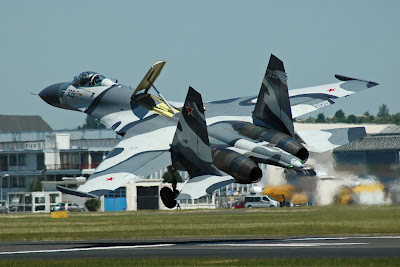 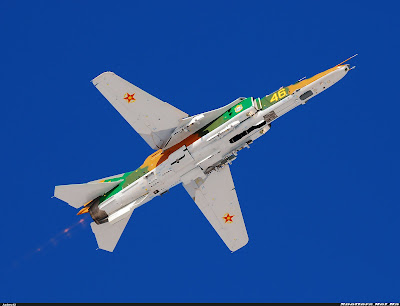