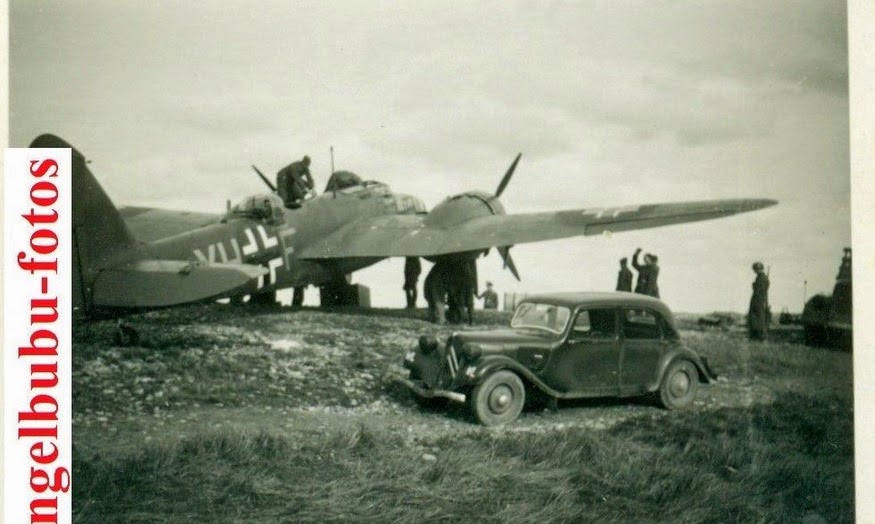 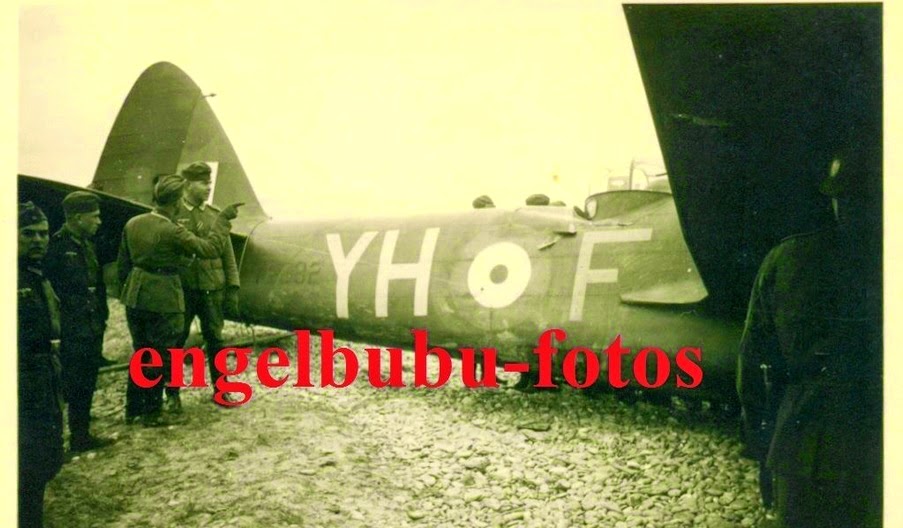 Beute Blenheim wearing 21 Sqd codes seen here being recovered/readied for flight by the Germans. 21 Sqn's T2282 is recorded in Graham Warner's Blenheim book as being shot down by flak near Flushing on the night of 10/11 Feb 1941 and crashing into the Scheldt after the crew baled out. The serial does look like T?282, so maybe the aircraft made a reasonable landing on the river and was recovered? The last view below shows the machine quite clearly atop a shingle bank alongside an expanse of water. A single click on the images to view large.. 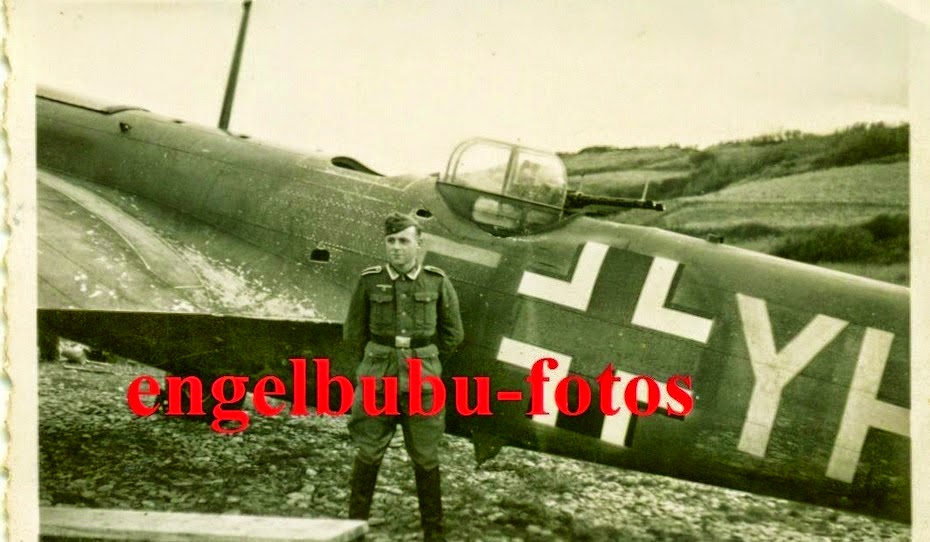 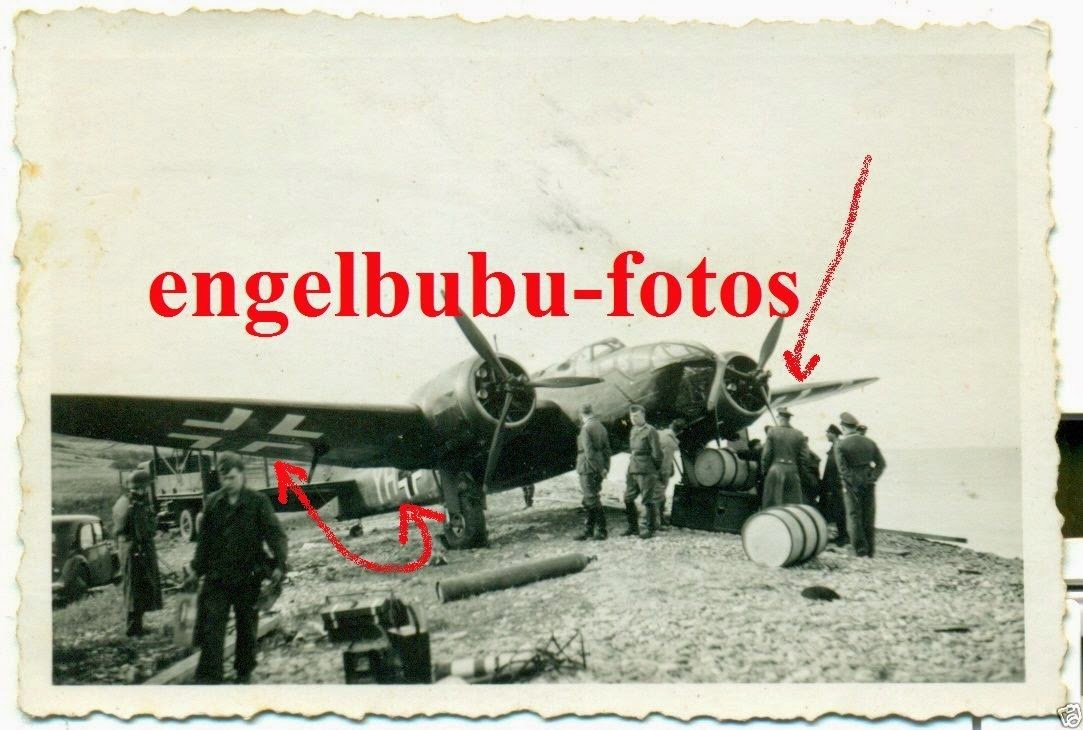