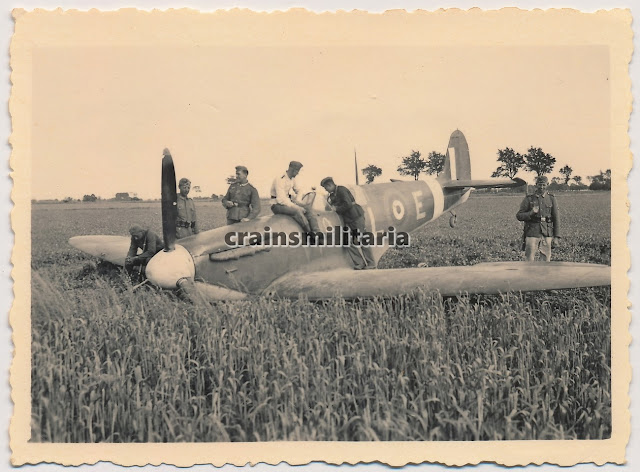 Spitfire V shot down over France/Belgium on June 25 1941 with a "English Major" according to the annotation on the original photo - a single image of this machine appeared on Ebay.de last September. Now seller 'crainsmilitaria' has posted a whole series of this machine. This is probably Spitfire V R7259, 54 Sq., shot down on 25 June 1941 near Gravelines in the Pas de Calais, with W/C John R. Kayll, Hornchurch Wing Leader at the controls. He was taken POW. 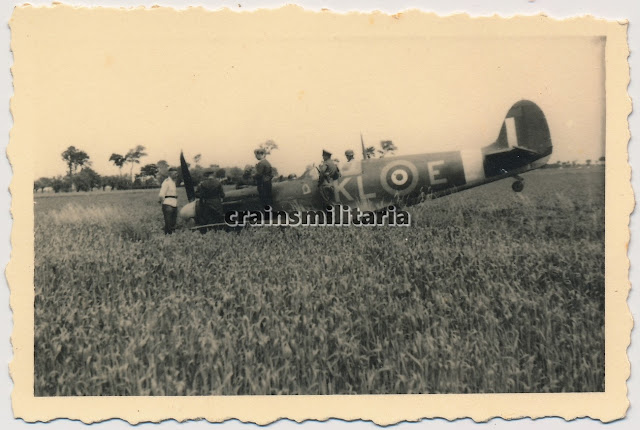 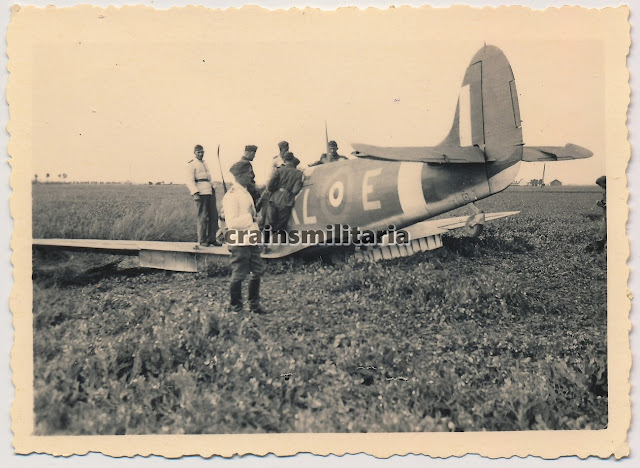 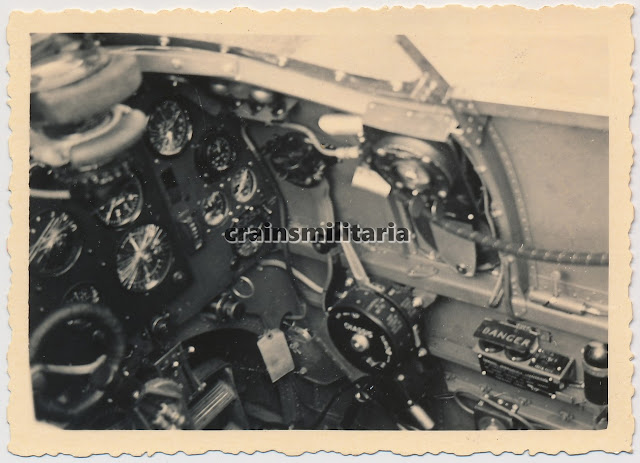 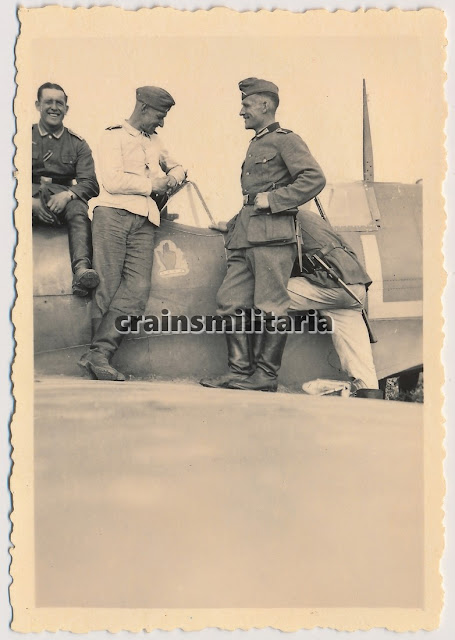 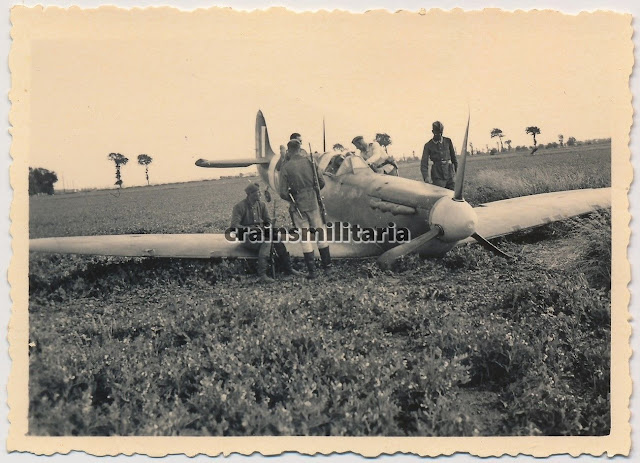