What is the most interesting military jet? What makes it so intriguing?

I'm going to throw a controversial one into the ring, the British Aircraft Corporation TSR-2.
I think it’s fascinating, not just for what it was or what it could have been, but for the entire history of its development and events leading to its untimely demise. 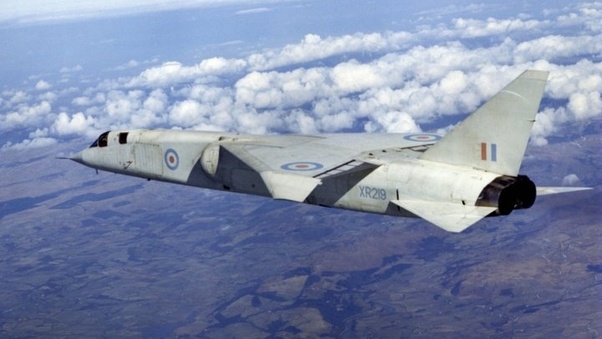 TSR-2: The intended state-of-the-art supersonic strike and reconnaissance aircraft for the RAF, envisioned in the late-1950s,designed and built in the early ’60s and summarily executed in 1965.
Designed to be extremely fast at both low and high altitudes in order to penetrate air defences as well as scouting them out from afar. 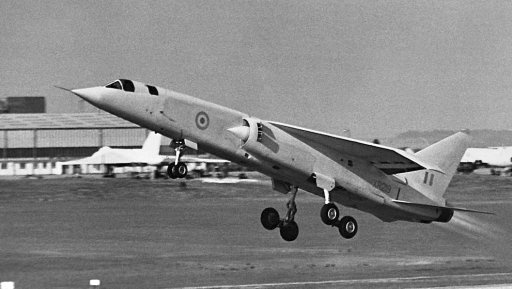 Using two Bristol Siddeley Olympus reheated turbojets (a development of which would later be used in Concorde), all-moving tail planes and smaller delta wings with turned-down tips, it ensured the aircraft was immensely fast and swift to take off.
Add to that, cutting-edge computer systems to process the multiple ground-tracking cameras and side looking radar. It was the most advanced aircraft in the world, in 1963. Filling the low-altitude strike, high-altitude reconnaissance and nuclear-deterrant gaps with one supersonic aircraft.
The one flying TSR-2 flew 24 times, going supersonic once over the Irish Sea. With reheat on one engine (problems prevented both), it accelerated past the escort Lightning, which was required to push itself to its limit in order to keep up. The TSR-2 could cruise at Mach 2.1, above 37,000ft, with a theoretical top speed of almost Mach 3 at 45,000 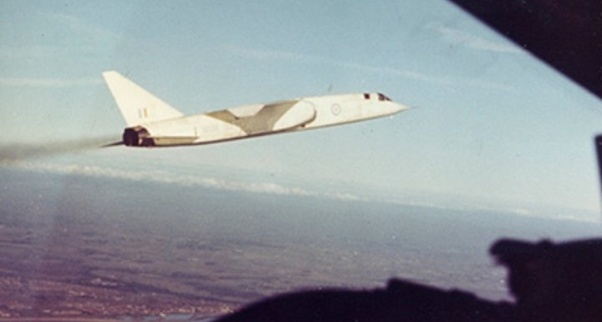 To this day, its cancellation is controversial.
So many factors contributed to its downfall… Pressure from politicians to cut the program that was extremely expensive, pressure from the Royal Navy to stop the aircraft that could see them relinquish their submarine based nuclear deterrent (Lord Mountbatten was a staunch anti-TSR-2 activist), likely pressure from the Americans that would see the UK gain a top-spec aircraft to compete for sales with the in-development F-111… all were factors, with cost looming largest.
1965 saw a change of government and a swift cancellation of the program that Labour had campaigned against for years. The aircraft and parts under construction were ordered to be destroyed. They were burned and scrapped, however several were not. 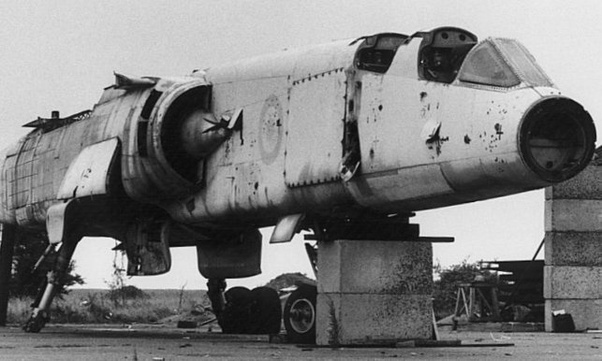 Several already built were simply sold for scrap hence two survive today. The gap it was designed to fill was instead filled by the proven Blackburn Buccaneer and Phantom II before the Panavia Tornado could properly fill the void.
There’s a lot more to it than the bits I mentioned, but I think it had a fascinating… and tragic history.
at May 13, 2019